On Becoming a Karaoke Singer 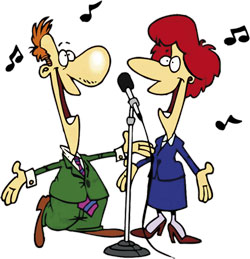 I stood in front of the computer screen with a microphone in my hand. It was Tuesday night – karaoke night – at Mama’s Bar. The hour was late, I had had a few too many glasses of wine, and the place was almost empty. Some friends sat at the table I had just left, waiting in anticipation for my karaoke debut. With so few people present, it felt safe. I stood there detached from myself and anaesthetized from fear.

Chris, the “karaoke DJ,” looked at me. His eyes looking for acknowledgment to one of two questions: “Are you ready?” Or possibly, “Are you sure you want to do this?” I nodded in the affirmative.

And so began my new past-time as a karaoke singer.

Some people retire here with plans to pursue a long put-off dream or continue, with earnest, a passion developed in their former life. It might be painting, writing, tennis, golf, bridge, or any number of pastimes.

Others, like me, view their retirement to Mexico as a voyage of discovery and a chance to redefine themselves. It usually means trying a lot of new things, or just doing whatever you want. Believe me, karaoke wasn’t one of them.

My first real exposure to karaoke was at a Japanese restaurant in Massachusetts. On Thursday nights, 20 and 30 somethings would drink themselves silly, and compete to see who could butcher their chosen song the most. It was pretty pathetic.

Karaoke at Lakeside has been elevated to a more mature level than what I saw up north. On any Tuesday or Friday night, Mama’s Bar entertains an eclectic clientele. Sure there are singers worthy of the Gong Show. But there are a number of very good singers who, at one time, sang in bands, performed on stage, and in church choirs. And then there are those of us whose musical talents entertained the walls of a shower stall, or “sing-alongs” with the car radio. The thing we love is to sing, and karaoke lets us explore. For several minutes on a Tuesday or Friday evening we can vicariously be a rock, Broadway, or country and western star.

Before that fateful night, when I threw my hat into the ring and cast aside my inhibitions, I had never sung in public. When I moved down the street from Mama’s a few years ago, I started going to karaoke on Friday nights. I observed for almost two years. Secretly, I knew I could sing. But, I just wasn’t ready.

Before I ever contemplated singing in public, I sang along with YouTube videos. Without YouTube, I don’t know where I would have found such a broad spectrum of musical genres and styles. The problem was that many of the songs I wanted to sing were in the wrong key, and singing in my living room had to be restrained lest my neighbors complained. So, it was liberating to have the words in front of me, microphone in-hand, and Chris, the DJ, magically adjusting a song’s key to my voice.

When I first visited Lakeside, I asked an expat resident of 15 years, “What do you do here?” He replied, deadpan, “Whatever I want.” And sometimes that means just having a beer, as so many expats are known to do. One day I happened on a fun song by Kenny Chesney. He appropriately captured that retired expat attitude in a song called, “Beer in Mexico,” part of which goes like this:

“…Too old to be wild and free still
Too young to be over the hill
Should I try to grow up?
But who knows where to start.

And I’ll just sing a little karaoke once in awhile, too. 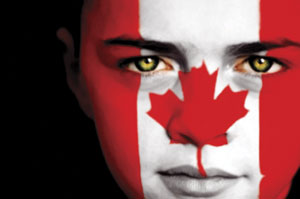 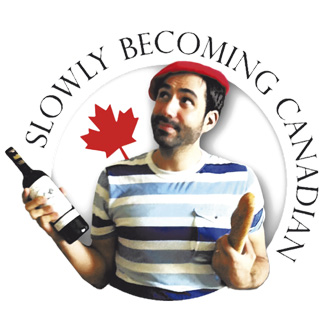