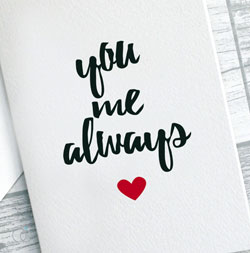 “May I have this dance?”

Mitzi looked up from her plate. Apprehensive about going to the Pequeno Paraiso Restaurant on DoWop boogie night, she had decided that, after the death of her husband of forty years, having a meal by herself was the act of an emancipated woman. Her shoes pinched her toes and the white gaucho pants, she purchased this afternoon at the local thrift store, felt tight. The sales lady had assured her that it enhanced her slim figure and after she had her hair cut and her toenails done in a beautiful shade of coral, she felt pretty. The gentleman looking down at her, had a halo around his head and she closed her eyes for a moment. After she re-opened them, the aura, which had been the setting sun behind his head, had disappeared. It had been replaced by a fleshy bald skull.

“Yes,” she said and held out her hand for him to take.

After a smooth, come hither yank, he held her close, as intimate as his belly would allow. Mitzi got a whiff of his potent cologne.

“Whew,” she said and almost held her breath.

“Ver-sage Eros,” he answered, pronouncing it wrong, while spinning her around. As he pulled her back, he added, “The little ladies love it.”

“Mitzi,” she introduced herself as they swayed side to side. After they locked eyes she glanced away, feeling shy.

“Bob,” he said and dipped her.

When her leg kicked up, the painful shoe went with the motion and though he held her down longer than comfortable, the loud cry from one of the fellow dancers, forced him to snap out of their Fred and Ginger moment.

The petite blonde, who was rubbing her skull didn’t look a day over seventy, after several face lifts. Her partner, dressed in a white Elvis-type, sequined one- piece, must have had at least one adjustment. It was his long mane of purplish hair that impressed all the more. They were holding hands and through her pain, the dainty damsel smiled.

“Oh,” Mitzi said and hoped that the taut, translucent skin would not rupture. Visions of the head of an alien reptile bursting through, prevented her from forming a coherent sentence. She was taken aback when Bob said, “She’s a wild one,” as he patted Mitzi’s behind.

The two nodded and the dashing gent placed his right arm around his companion’s waist while her sinew hand covered with age spots, rested on his padded right shoulder. Off they went to the music in a coordinated front shuffle.

“Drink?” Bob wanted to know. Before she could comment on it, he had plummeted into the chair at her table and helped himself to a cold french-fry.

“Beer,” he yelled at the waiter who hurried over with two bottles.

“I prefer red wine,” Mitzi mentioned in a quiet tone.

Her dancing partner took a swig. “That’s okay,” he said and burped. “They’re for me.” He winked and another belch propelled the built-up vapours of something that died in his intestinal tract, into her direction. “So, “he said, “Haven’t seen you here before. Looking for a good time?”

His Hawaiian-print shirt was stained down the front and she shuddered. “Cold?” he asked and put one big hairy arm around her shoulders, while starting on his second brew. She hadn’t noticed the smell of old sweaty arm-pits before. A rotund woman, with long, salt and pepper hair, was approaching their table while her eyes threw daggers at Mitzi.

“You didn’t pick me up,” the woman screeched. Bob’s head swivelled in several directions before he decided that emptying the bottle was his best bet before facing the approaching Tsunami.

“Pumpkin,” he drawled after he finished. The waiter seemed to be a mind-reader. He rushed over to deliver two fresh beers plus a Margarita. Pumpkin sat down while glaring at Mitzi. The Hawaiian motif of her moo-moo matched her boyfriend’s shirt. “You’re leaving,” she announced, not bothering to frame it as a question.

Instead of pointing out that they were sitting at her table, Mitzi grabbed her half empty wine glass and stood up. Bob was busy smothering his paramour’s plump hand with noisy kisses. Certain that everybody had witnessed her humiliation, she forced a smile while walking toward the bathroom.

“Remarkable,” a sympathetic, male voice said and as she turned around, she tilted her glass and spilled the content on his shirt.

“Dammit,” she exclaimed as her grin dissolved and tears formed in her eyes. “That’s it, I’m done,” she hissed more to herself and marched towards the bar to pay her bill.

“You can’t leave now,” the man said beside her.

“I’ll wash your shirt.” Mitzi said exasperated, while avoiding to look his way.

“Okay,” was his answer and a few moments later he dangled his top in front of her face, which made her laugh.

“Now?” she asked as she noticed his lined face, his sagging skin over his skinny torso and friendly smile.

“I could buy you a glass of red wine first. Maybe we’ll dance and then I’ll drive you home.”

“A bit presumptuous,” she said. “You expect me to do it tonight?”

“I’ll pick up my laundered shirt when I’ll take you for lunch in a couple of days. I’m Max, by the way.”

They danced all night and he refused to give her the stained garment when he dropped her off. For their first anniversary he presented her with the encased, stained shirt, under glass with the encryption: Para siempre.