Percy With The Purple Penis 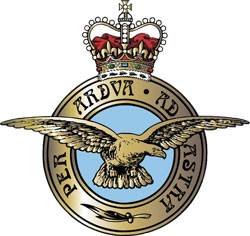 Percy was just one of Duncan’s challenging patients, but the results of Percy’s treatment had the foreign community in Kuala Lumpur laughing for some time. Everyone underestimated Percy’s ability to turn every negative into a positive and Duncan’s treatment had the opposite effect intended. It’s a funny story so I will save it for last.

My husband, Duncan served for 12 years with the British Royal Air Force as an extension of his National Service. In 1959 he was seconded to Malaya,shortly after Independence, to start the medical service for the Royal Malayan Air Force in Kuala Lumpur, and I and our children went with him. This was a family posting so his practice was not only with military personnel, but with women and children too, both local and British. This provided plenty of variety and some very unusual challenges, to his delight.

Duncan was a highly intelligent man, an excellent doctor, and a real people-person. He had been born and brought up in Shanghai until the age of 11, so had a good understanding of the Asian mind, and this served him well on many occasions. He found that many simple medical complaints led to some very intriguing situations, like the following:

One day, a Malay officer came in to see Duncan to say “good-bye”. He explained that he had been cursed by a local bomoh (witch doctor) and that he was going to die that night. He was quite calm and totally convinced that this would happen. Duncan managed to persuade him that his magic was stronger than the bomoh’s and that if the officer came into the hospital for the night, he would be alive in the morning. When the officer arrived, still not convinced, he took the strong sleeping pill he was offered and went to bed.

In the morning, Duncan woke him up with a copy of the morning paper and all was well. This was the first time that Duncan had challenged a local bomoh, it greatly enhanced his reputation, and produced some interesting situations from time to time. One afternoon, 2 blankets disappeared from our washing line while we were taking a siesta. Strangely, they reappeared on the line the next day. Our amah told us that the thief had discovered that he had stolen from the famous Scottish bomoh and did not wish to tempt fate!

Another time, a young English corporal’s wife came to Duncan’s office with a lung infection and a very itchy rash. Neither of these responded to normal treatment, so Duncan suggested that he visit their home to investigate a possible cause of allergies. An inspection suggested nothing unusual until their little girl rushed in complaining that “Polly” had bitten her finger. The wife tried to silence the child, arousing Duncan’s suspicions, so he insisted that they take him to see Polly. The home backed onto jungle and they took him to a large wired-in area hidden amongst the trees. To his astonishment, there were about 20 exotic birds there. The corporal and some friends had been catching these parrots and other beautiful birds in the jungle and selling them for large sums of money. Needless to say, this was illegal but they were also the source of the wife’s medical conditions.

Another day, a patient came into the office with a large animal bite on his hand that was badly infected. The English airman refused to say how he got this, so Duncan contacted the commanding officer, and they both visited the man’s home. There they found a large cage containing a brown bear who they were keeping as a pet. The couple said they had bought the bear from a pet shop, and further enquires proved that this was true and that they had paid a great deal of money for it. As the airman’s pay was not high, and they didn’t appear to have other visible means of support, the C.O. decided to investigate.

It turned out that the extra income came from the wife’s very lucrative visits to a Chinese coffee shop while her husband was at work, where she free-lanced as a call-girl. In fact, this led to the discovery of a huge Chinese-run prostitution ring with many young foreigners participating whenever they needed a little extra cash; and all because of a bear bite.

Duncan was constantly kept amused and on his toes with incidents like these, but none more so than with the case involving Percy. Percy had been orphaned during the war and joined the RAF when he was only 16, finishing his education at a military school. In spite of a hard up-bringing, he was a happy, intelligent, young man with a great sense of humour. These characteristics endeared him to everyone he worked with, enabling him to avoid reprimands for misdemeanours that others would have been punished for.

Malaya was Percy’s first overseas posting and he embraced it with an enormous amount of enthusiasm, especially with regard to the beautiful girls in the local brothels. Unfortunately for Percy, this necessitated regular visits to sick quarters as he refused to take precautions. Duncan treated him discreetly several times before reporting him to the Commanding Officer, as was required by military law.

Neither Duncan nor the C.O. wanted to see Percy sent back to England in disgrace, so Duncan came up with a plan that he thought would discourage Percy from consorting with the ladies of the night. Percy was told that he had to attend sick quarters every week before he received his pay, where Duncan painted his penis with gentian violet – an anti-sceptic with a very strong purple colour that took about a week to wash off. Duncan thought Percy would be too embarrassed to show this vital part to the girls.

How wrong Duncan was! Instead of hanging his head in shame, Percy went straight back to his favorite brothel and displayed the offending article with much pride, telling the girls that it certified that he was “clean.” He not only got free sex from then on, but all his friends went to Duncan to ask for the same treatment. Percy was sent back to England, leaving Kuala Lumpur laughing!