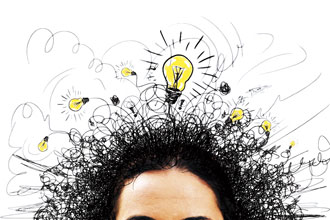 Maybe, like me, you can point to a few events or people in your lives that were major influences. Examples for me were my parents, three or four high school teachers, and a college history course called “Opposing Viewpoints.” This course included readings about various historical figures, about who were two readings each. I particularly remember Otto von Bismarck. One reading made him one of the great heroes of all time and I was swept away in admiration. The next reading made Bismarck seem like the major instrument of Satan himself. This was a course designed to make students think critically.

As a teacher of history, government, and economics, I tried to do something beyond dealing with the bureaucratically specified curriculum. I wanted to teach pupils critical thinking skills. To this day, I think there can be nothing more important to the fulfillment of the human spirit than an ability to think independently.

As a government teacher, I also believe in a sense of community. In a well functioning democracy, there is nothing contradictory between the two concepts of independent thinking and community, as long as thinking and reason prevail in the process of democracy. This is accomplished through education and speaking. Silence is the enemy of democracy. Democracy means goodbye to king, goodbye to lord master, goodbye to God, and goodbye to sacred cows. It means hello to independent critical thinking skills and speaking out.

I was shocked when the Texas State Republican Party officially declared they were opposed to the teaching of critical thinking skills to Texas school children. “Horrified” would not be much exaggeration, because Republicans go against everything in which I have ever believed. My alarm was only increased when I later read their explanation: “Teaching critical thinking skills might undercut the authority of parents, teachers, and church.”

That Republican argument for conservatism is as close as I have ever come to “out-loud” vocal screaming over something that I had read in print. To name only two out of hundreds of examples, Galileo defied his parents, his school, and his Church when he explained to us how the solar system works. For this, he had to recant in order to avoid being burned at the stake and was under house arrest for the rest of his life. Charles Darwin defied his parents, his school, and the Church when he gave us a scientific explanation of biological evolution. In other words, Republicans believe in keeping us in eternal ignorance – a condition I despise.

Oh, Unseen Ghost, Unseen Holiness, Unseen Creator, Unseen Spirit, Unseen Almighty, please let us humans think, let us think on our own – without your Divine help – yes, please don’t interfere. Allow Galileo. Allow Darwin. Thank You. Now, that’s a true gift. Thanks again. Hey, you didn’t really make Eve from Adam’s rib, did you? Well, maybe so. I just saw a magician pull a rabbit from his hat. Not only that, he pulled the correct card from the deck. Amazing. O.K., I get it. Creation was a card trick. Adam was the first Ace of Spades. Bravo!

The lowest class of popular and commercial airwave expression in the United States is Fox News. Under the original public requirement from the 1930’s that commercial use of licensed airwaves must primarily serve the public interest, Fox News failed at its inception. But anti-Trust laws have also been relaxed, as has even the Constitution itself.

As Thomas Jefferson and many others have instructed, the surest safeguard for democracy is an educated and informed citizenry.