The Memory Lingers On 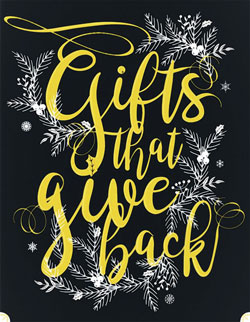 When I was just a youngster with a pesky little towhead brother who was forever tagging along, we lived in a house that had been “bombed.” Well, ours was really the house next door, suffering only external damage.

It seems the couple who owned the property had begun construction of a second house on their double lot. They had planned it for their grown son. The Brown’s home was a lovely New England cottage, small but cozy. And the second home they were building was of similar design. The Browns hoped their son and his wife could be moved in before the Christmas holidays.

The new house was coming along quite well. The basement had been dug, and the shell of the new house was up, complete with doors and roof. The interior rooms were framed. At that point there was still no wiring or plumbing in place, no drywall or appliances, but the overall structure was in good shape. Even some of the exterior shingles were on the walls.

The Browns had been quite excited about shared dinners and holidays with their son and his wife, but even more so with their future grandchildren. Mrs. Brown had even started shopping for her family’s next Christmas. Her husband’s health was beginning to fail and this year would be special “just in case.”

Over dinner one night Mr. and Mrs. Brown heard the drone of an airplane overhead. It was an unusual sound since the big war had ended. But they had faith that all would be okay. What they didn’t know was that one of the local Army pilots had been ordered to fly out over the sea to “shake off” a bomb that hadn’t dropped during a practice run. The property was only a half-mile from the beach, so the plane was making the most direct run possible. The pilot was being cautious.

He knew he was flying over a small town with residences that extended well down toward the beach. So he checked his instruments frequently. They droned on, closer to the sea with every minute. All was still going well according to the instruments when the errant bomb broke loose on its own.

It whistled as it fell directly onto the Brown’s house. It was the last sound Mr. and Mrs. Brown ever heard. Devastated at the freak accident and the loss of both parents, the young man who inherited the property promptly put it up for sale at a “disaster price.”

My parents bought that dual property and labored on it on weekends for about two years. As soon as it became inhabitable, we moved in while construction went on around us, most of it performed by our parents. There was the day I went to the bathroom, washed and dried my hands and flipped off the light switch. A bolt of light zapped out of the switch and knocked me across the bathroom. As I wailed in fright and the unpleasant aftershock of electricity, my father dropped everything else he had planned for that day’s work, held me until I was calm again, and then he worked on the electrical problem until it was repaired.

There were the weeks my parents shingled. I thought most of it was already done, but apparently there was more damage than evident from a distance, and many of the shingles had to be replaced. They developed a real team, working each row together until the entire outer wall had been repaired.

Meanwhile we children played in the ruins of the bombed house next door. There was only a hole in the ground with cement structure around it, a patio, some front steps and little else to show the love and happiness that house had known.

To ease the sadness that we saw every time we looked at the disaster, our parents planted a willow tree, along with roses and other flowers, and they also put out a bird bath. The ruins became a garden where childhood friendships were formed and games were played, where laughter and hope blossomed anew.

The garden was where we buried baby birds that fell out of the nest. We also buried a box turtle and a garden snake the boys had caught.

The garden was also where we played cowboys and Indians. Hollywood had made short movies for theaters, and all the kids we played with excitedly imitated their favorite heroes. However, someone had to be the captured female who needed rescuing. That would be me, of course. The pesky little brother didn’t really have a role so he was sometimes the horse, or the dog that ran alongside the hero when he rode out to rescue me.

We played baseball in the street. There were only a couple of other houses on our dead-end dirt street, so it was a safe place to play. At our tender ages, our concept of how to play baseball was still basic, but skills start with crude efforts, and we felt that if we could someday be as good as Ted Williams, everyone would come to see us play. Kids always have dreams.

When we were allowed to go to the beach alone, we would crawl over the rocks that formed the jetty, pick up perrywinkels to bring home the way a hunter returns with his catch. We were very careful not to bother horseshoe crabs. Their tails were like saws that whipped quickly through human flesh. But shells were always fair game. We were proud of everything we found.

Sometimes when we got home, the milkman was there. He brought milk in quart bottles with cream at the top third of every bottle. Great stuff for fresh fruit desserts. On hot days he gave us chips of ice to suck on. They were as good to kids as popsicles.

By the time my parents sold the property, the willow tree had grown to well over 20 feet of graceful beauty, and the birds came daily, as did butterflies and bees. In a way the Browns had had their wish granted. What had been a place of shock and death had become a family home once again, filled with joy and life.