Survival Of The Hedonist 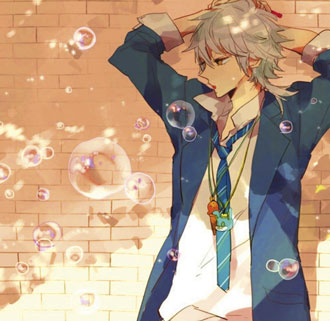 “That marine is standing on our guy’s head!” Abel yelled. ”That’s not going to happen to me.”

It was the last day of the US Navy, “Survival, Escape and Evasion,” course in the California high desert. This course was required for all pilots and crews. The previous four days and nights we had been living off the land and K–rations.

The group was made up of officers and enlisted men of three Navy squadrons preparing for missions where they could end up in enemy territory. The course was a reaction to the 1959 book, “In Every War But One,” based a study of the effect of Communist indoctrination on those held prisoners of war in Korea and the fact that during the Korean conflict no American prisoner of war in Korea had escaped.

Abel Cantu and I had been together from our beginning, basic training and advancement to a squadron at North Island Naval Air Station, Coronado California where we were part of this “survival” group.

Abel was from Chicago. He was good-looking enough for Hollywood though he said his only theatrical stint was as a spear-carrier in Aida when he was a college student. He did have a hedonistic penchant that seemed to attract women.

Abel loved and thrived in the social life of Coronado, which he referred to as, “Peyton Place with palm trees.” I often wondered how he reconciled his Catholicism with being a hedonist. Maybe it was by his Saturday visits to the confessional.

While we were surviving the first days on a section of deserted beach a seagull became entangled in our fishing line laid out in the surf. We put it under a crate that had washed ashore. Each morning we would look at the bird and he at us and decide if we were hungry enough to eat it. The consensus was, “Not yet.” It seemed to agree.

All of us, including the gull, were relieved when traps, purportedly belonging to the Admiral, were discovered full of lobsters just off shore. Were these government property? We were hungry enough to risk it. The gull was released. It nodded and trotted away while we dined sumptuously.

A few nights later after a thirty-mile hike Abel groaned, “Bernie, this is the sickest I’ve ever been. It’s not what I signed up for.” I responded, “They warned us to go easy on the water at the end of the hike or there’d be dire results. In form, Abel reasoned, “Yeah but I was thirsty.”

The Marine Captain briefed us before the last day’s adventure as we grouped on a ridge. “This will not be a walk in the park. The course is down hill, five miles to the finish. Your goal is to reach Freedom Village without being captured. You’ll be chased by two platoons of Marines who are finishing twelve weeks of boot camp incarceration. They will be highly motivated to catch you by the promise of a three-day pass for each one of you the catch. Those making it to Freedom Village will enjoy water and food while watching the interrogation of the captives through a one-way mirrored window.”

“Those captured, and any of you who don’t finish the course, will experience being like anyone held by the enemy in its homeland. As a captive you will surrender any water you have and be made to run in place until you drop. You will then be beaten with rifle butts to run in place again and so on until your captors feel you are ready for interrogation.”

“The Geneva Convention says you only give your name, rank and serial number. Not so. This will only be the first question. There will be many more until it is felt you have given up all that you have. Then you can be shot. You have no value to your captors and as long as you survive you are a burden that detracts from their ability to fight. You cannot outsmart them. If you lie about anything they will discover that lie and you’ll want to be dead rather than have their torture continue, but they won’t let you die.”

“Bullshit!” said Abel. “Those are just words. The first gyrene I see I’m going to stand up and yell, ‘Hey! Here I am; take me.’ I’ve had enough of this crap.”

The Captain continued,  “At the sound of the first shot you’ll take off. Shortly after that there’ll be the second shot when your highly motivated pursuers will be turned loose after you. Will you be as motivated?”

Too soon, the sound of a shot rang over the canyon. We all hesitated a second and were off. I remembered, “Move downhill, go by yourself, don’t bunch up, keep off ridges, trails and roads. Rattlesnakes are the least of your worries.”

Then the second shot.

After thirty minutes, I overcame Abel standing by a Mesquite. Pale and shaking, pointing down the canyon, he exclaimed, “Jesus, look at that!” A marine had caught one of us. The captive was lying on the road. Abel screamed, “That marine is standing on his god damn head!”

Abel took off like a scared rabbit across the canyon wall, making deep descents down gullies, continuing at high speed until he flew across the finish line, untouched.

Sitting in the shade holding a chilled bottle of water, Abel mused, “Tonight at the O-Club I’ll dazzle the dollies with my tale of surviving this fiendish operation.”

Watching Abel I knew the US Navy’s program had met its goal.

The hedonist had survived until less than a year later when Abel lost his life on a cross-country flight when his Naval aircraft crashed into the ground near Omaha Nebraska.