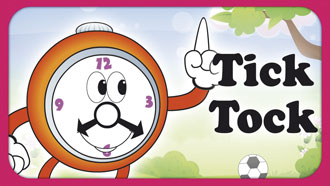 If I were the Supreme Being (Goddess), I would hope for balance in all things. Ying/yang – sunrise/sunset - fantasy/reality … you get the idea.

In the 80’s Rod Steward made popular a song entitled, Some Guys Have All the Luck, and you know it’s true. A friend worked hard and was able to retire wealthy at the tender age of 50. And then his wealthy father left him pristine acreage on the Platt River in Colorado. His unseemly rich mother is still living, but as her only child, his future is secure.

Plus he enters a casino and wins $5000 USD on a single slot machine, repeatedly. The casinos want their chance at retribution and offer him free suites, meals and limousines. But he hasn’t pulled the slot machine handle his final time, so we can’t be sure how long his luck will hold, can we?

Then, there’s the Lil Abner character, Joe Btfsplk, who is followed by his personal black cloud, complete with lightning streaks and perpetual rain. We all know some of these guys, too. If it weren’t for badluck, they’d have no luck at all. And another cliché … life ain’t fair, but bittersweet.

Life can’t give us everything we want ... because we could become proud, then the gods might punish us for trying to be like them.

A friend and I have been competing in international chili cookoffs for 30+ years and in fact competed in the Mexican Nationals in its last 12 years of being sanctioned, with Ann Whiting at the helm. I was lucky enough to win in 1998 and again in 2008, and he placed in the Top Five during the years but never took home the Silver Trophy. We’ve competed good-naturedly for all these decades and remained friends who reunite yearly at the World Championship Chili Cook-off. He’s a healthy-looking 74-year-old who represented Texas with all of the confidence of that arrogant state.

Last October, the cook-off was held in Reno, Nevada, and the coveted First Place paid $25,000 USD to the winner plus yearly bragging rights. It’s the most coveted prize for any chili cook, being the equivalent of an Academy Award or the Grammy. A cook needs to win the equivalency of a state championship to qualify and it’s all anonymous. As 125 of the best chili cooks in the world converge for one big showdown, it always comes down to luck in the end.

And my friend of all those years of competition WON! But we had had lengthy conversations over the weekend and he told of his bladder cancer surgery three years ago and another only three weeks before the competition. And he told of other masses and complications. There were tears in his eyes as the floodlights shined, and he stood tall on the largest stage of his life, flashbulbs popping, friends cheering, and we realized he was wondering if he would be able to return next year to defend his title. Tick, Tock.

PS – If I were the Divine One, I would heal everyone and give us all total joy. But the reality is: I wouldn’t want that responsibility. However, if returning to Lake Chapala is on his Bucket List, I offered to help him with reservations, pick him up at GDL and show him around town … it’s the best I can do.