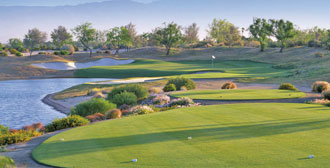 If, like me, the older one gets the sharper the memory! I don’t mean current stuff like five minutes ago, but 70 odd years back?  Quite recently I have got into the habit of watching golf Sunday afternoons on beautiful P.G.A. courses in the U.S. This precedes “60 Minutes” on CBS, the same station. Although I’ve been playing at it since a teenager at Temple Golf Club, Hurley in Berkshire, England,  my handicap, when asked, has always been “My golf game; actually.”
Following a hiatus, it wasn’t until 1962 when I bought a top-of-the-line matched set of clubs and joined Constant Spring Golf Club in Jamaica, that I resumed play.    Frequently I embarrassed others when making up a “Four.”  The best part, and I was pretty good at it, was at the “19th Hole” where we’d all tipple more than a little. Often our wives would join us and we’d dine together.
In the late 1960’s I moved to England taking my clubs with me. After settling in and getting my new business up and running, I’d play  golf at first light with two friends, either at Badgemore  Park or Huntercombe courses in Henley-on-Thames. Whoops!  I can’t remember which?
But I most certainly do remember when we sold up in England and relocated to America in 1980, selling my clubs before leaving.   Fast wind to around 1993 when we bought an Atlantic ocean-front condo in Flagler Beach, Florida.  What with my short career in movies and longer time sketching pelicans on the beach, it took a while before discovering Ocean Palm Golf Course just a block west of our condo.  Like the idiot I was, cash changed hands and I became the new owner of a bag of “Top of the Line” clubs the Pro assured me.
After slicing, missing, topping those little rascals, sometimes I actually put my ball on one of the nine greens in sight of the hole!   The course was flat and quite pretty, punctuated by trees, bushes and little lakes with resident alligators and possibly deadly Water Moccasins or Cotton Mouths beneath the surface.
The distinct possibility of disturbing sleeping venomous Copperheads or Diamond Back Rattlers in the ”rough” helped to keep me pretty much on the fairways which I never left to seek a lost ball!  As I tacked my way around without an electric cart, I kept assuring myself of the health benefits before sinking what I was pretty good at, ice-cold beers! And then after we built our waterfront home in Palm Coast it wasn’t too long before joining Matanzas Woods Golf Club and Pine Lakes Country Club.
Both were scenically beautiful over their 18 holes, the designer leaving most of nature intact and the residents I mentioned before in Ocean Palm.  Everyone, and I mean everyone used a motorized golf cart and I still recall occasions when I found myself completely alone way, way removed from the Club House in total silence.
Finally, just before we drove off to take up residence in Mexico, I gave all my golf stuff to a young man who was taking up golf.  Two years later, through a former neighbor, I learned he’d taken up tennis and sold my golf clubs.  At least now club-less, I am not tempted to join Chula Vista Country Club right here in Ajijic.
Note:  My golf never improved but my memory certainly has.
PETER’S  “GOLF GAFF”
Perhaps after reading about my experiences in the golfing world, some of you may very well consider taking up this international sport.   And so if you venture forth to your course, meeting the Pro, here’s a brief summary of what terms you should be familiar with:
“Fore” is what you shout to others when you are about to try and hit your little ball off the Tee, landing somewhere on the Fairway --the big, generally wide clear area between holes.   When I played, most would assume a crouching position and cover their heads!  However, this is not mandatory, but generally advisable.
“Par” is a word bandied around everywhere and has absolutely nothing to do with the man your mother married and who sired you.  Some erstwhile college attendee worked out how many ball hits it should take to put the little bugger to rest in a small cup somewhere on the Green.   Multiply that number by the total number of holes, nine or eighteen, and we have “Par for the Course.”   Sounds simple enough until you try it.  And an awful amount of people from all over the world do!!
Now, to give everyone a sporting chance:  to obtain an “Eagle” you’d need to be 2 under Par.  And for a “Birdie” just 1 under Par.   A high degree of honesty writing with a stubby pencil is necessary when scoring each hole, eventually handing it in for your personal record, which eventually you will need to prove.   Meantime, just remember to shout “FORE”.  Anyone for tennis?
“E & O E”
Tweet