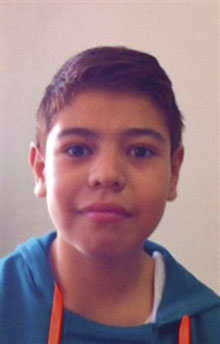 Erick Daniel H.R. Erick was born in January 2001 and joined our Chapala Clinic in October 2015. He had been diagnosed with renal insufficiency and was on dialysis for a few years when he first came to the clinic.

He was on a kidney transplant list and his mother was his donor.  He kept on dialysis and the surgery was done in October 2017.  Both he and his mother did well, though they had to stay in a home in Guadalajara where they lived in a sterile environment for three months following the surgery before they could move back home.

In July he was admitted to the hospital with a diagnosis of peritoneal tuberculosis.  He is now back home and will have to follow a treatment from 2 to 6 months.

The family is very supportive and we wish that he will regain his health after this fallback. We have reimbursed the family a total of 73,239 pesos for transportation to and from Guadalajara, tests and medication.

Thank you once again for this opportunity to introduce one of our children. We see families at 3 locations: Jocotepec, Ajijic and Chapala.