One day in 2007 Richard Bansbach was checking out the bulletin board at the Lake Chapala Society and found this note: “Wanted—guys with woodworking or handyman experience.” 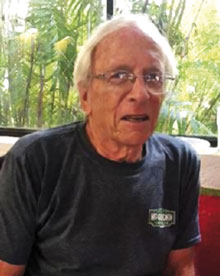 Move forward to 2017 and we find that ten years of heroic effort on the part of many volunteers has manifested from that initial invitation into a state of the art carpentry shop in Riberas del Pilar.

Here’s how it happened: The original note proved to be an invitation to help children at the orphanage at Mission San Pablo, located in an old eventos building in Cedros, halfway to the airport.

One day six guys packed up two cars with a very small variety of tools and started going to the orphanage on Saturday mornings.

This all went on for about a year, with a total of 12 or so rotating volunteers. The kids who were not developmentally disabled made cubbies for their meager belongings and then progressed to bird houses. Later the group got a connection with boys ages 8-13 at another orphanage, Hope House in Ixtlahuacan.

Eventually Hope House funded and initiated its own program and at that time LCS offered a free space for classes and lockers for the wood working equipment in return for any carpentry repairs needed around the buildings.

The new program was off and running.  A minimum of ten kids came to LCS every Saturday and produced bird houses, paper towel holders, tool boxes and napkin holders.

That success grew the program out of LCS and into a building on Ocampo. Rotary International provided bigger and better tools.

By 2011 through the successful efforts of these volunteers and many donations, two program levels were created and Lalo Robledo, the first full-time Mexican carpenter was hired as the maestro.

He and Lalo developed the first formal curriculum, which moved beyond the birdhouse level to making furniture and home furnishings.

The goal of Have Hammer is not to produce professional carpenters. Richard Bansbach says, “Where I am with it is not to say we’re creating carpenters. We’re teaching these kids something they can take with them when they get married, and maybe have a house of their own.”

Classes are free. Also, there’s an informal scholarship program of sorts. If the staff hears of a boy who is at risk of dropping out of school, or has a sibling who needs something, Have Hammer will step in to help out, in some cases offering full scholarships.

Back to the history: about four years ago Have Hammer moved to a shop on Hidalgo and last year moved again to its current location at 231B Hidalgo, next to its partner Todo Bueno Resale Shop.

They didn’t have far to go. They didn’t need moving trucks. They just carted things across the street when there was no traffic. The new shop is well equipped with generous donations from Rotary International, the latest being a very important recent acquisition, a central vacuum system valued at $1000 US.

Michel Ouimet, Have Hammers president, joined the group five years ago. This retired Professor of French Literature says that “Cindy Thompson, the secretary/treasurer, brought the organization out of financial straits and set up macro managing techniques. Now Michele makes sure Have Hammers is always financially on the right track.” 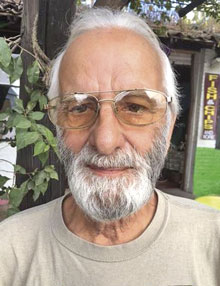 To get on a firm financial footing, HHWT partnered with St. Andrews Anglican Church and dedicated part of the new building to Todo Bueno, staffed by volunteers from both organizations.

Wayne Renz, in his role as fundraising chairman, got the Tuesday afternoon Bingo Lago started. Wayne is tireless in his efforts to promote the bingo games, where proceeds go to help pay the maestro’s salary, maintenance and supplies at the shop. 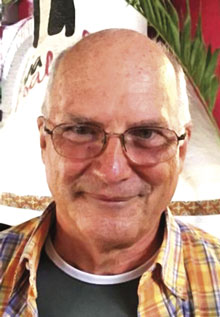 Here’s a plug for Bingo Lago: winners get points toward gifts of their selection: prizes ranging from 100 point potholders to a 600 point day trip with Charter Club Tours to a beautiful handmade box made by an advanced student for 800 points. Wayne has also instituted a monthly tasting and sale of local products. Bingo Lago meets at Maria Isabel Restaurant by the lake on Tuesdays. Registration starts at 1 pm and the games begin at 1:30.

Elo Gonzalez is Vice President of Have Hammers and is still volunteering at 231B Hidalgo, working and teaching alongside Maestro Lalo Robledo.  He teaches the advanced classes on MWF afternoons.  Lalo Robledo, the maestro, will build beautiful furniture to order, on his own time in the mornings. 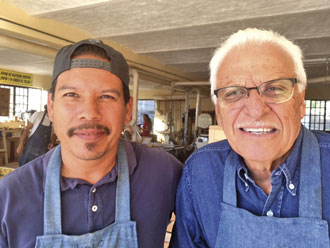 Wayne Renz says, “Goals of this group are to give kids a chance not only to learn simple crafts but to develop life skills such as working together, respecting each others’ space, learning patience and to focus and appreciation of the time it takes to create.”   Not to mention the relationships the volunteers build with the young people of the community.

I came away from these interviews struck by what nobody directly talked about:  the dedication and love these heroic volunteers have for the young people they serve. It’s not just about the carpentry, for sure. 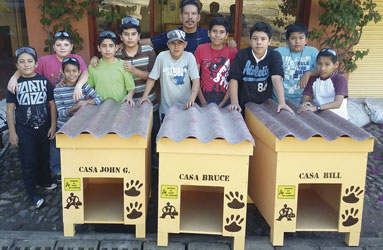