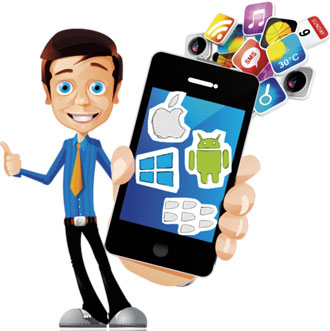 Some say that the advent of the cell phone was the thin end of the wedge when it comes to social interaction. But then came along the anti-Christ of the very core of our social fabric, social media. Umm... where did all go wrong? The world as we knew it became a cult member of a global communication sect. On average the 18-25 year old will check their cell phone 50 times a day for the most benign text messages that an amoebic intellect can possibly dream up.

“Bought some new shoes today will post a pic on Facebook later so you tell me if they are me.”

They say that  today the technology that goes into a cell phone is the equivalent of the vast room of IBM mainframes that NASA used to put a man on the moon. Call me a dinosaur, but I still adhere to meaningful face to face conversation. So let’s just look back and see how this religion took over the world.

On the first day our social god created this humongous phone that looked like a walkie- talkie. Conversations didn’t last as long as they do today because it was like holding a brick to your ear. Then came along the Swedish god Nokia who downsized the cell to make it fit in a purse or pocket. Progress you might think. But then the gods created towers that sprang up like weeds allowing the disciples to make longer distance calls. The disciples though wanted more, and the geeks fed their appetite with a phrase that now is synonymous in cell religion… The Next Generation.

On day two text was created which in turn evolved into a whole new language for its followers. With terms like OMG, LMAO, everything became an acronym. I read an article about a student who wrote an essay for her English professor in text and got an A mark, go figure. Like Muslims on their pilgrimage to Mecca, people queued up religiously for cell time credits, the more affluent took out monthly or yearly plans. What next you ask?

Day three brought us the camera with video option, if you had the next generation, how cool is that if you’re not a wedding photographer or a police officer beating the shit out of somebody, not good!

“Pixels, more pixels, high definition, we the disciples demand it, “became a mantra like the followers of Krishna. It didn’t seem evident that the fabric of society was being slowly eroded. Sons and daughters were buying their parents cells for Birthdays and Christmas, they too soon were becoming indoctrinated. The poor land line stands now weeping on table, obsolete, unwanted, gathering dust.

Day four saw the creation of a travesty. The sophistication of these Siamese twins that attach themselves to our ears, developed into the dark phase of Narcissism. What, pray tell? Let me give you clue from the witch in Snow White, “Mirror, mirror on the wall, who is the fairest of them all.” The Selfie. At this time I am wishing the gods would take a day of rest. Once this disease became virulent, a whole new attachment became a must, and that was the selfie stick. And, forgive my ignorance, that allowed you place your religion on it so you could take photos of yourself from different heights and positions. It extended, retracted and could take photos around corners so you couldn’t be seen. At this point in this article, I am losing the will to live.

Anna and I sometimes, when we eat out, have a small wager, especially if a family is in the restaurant. The wager is who will be the first to get out their cell. It seems that once the hugs are out of the way, and a little small talk, boredom creeps in. It’s sad, don’t you think? When I first came to Mexico what endeared me to the Mexican people was their sense of family enjoyment. What galls me the most is the fact that the words Let me call you back is now non- existent. It seems every call is a life or death situation that requires it to be answered at the disrespect to others. Just maybe if I prayed to the sun god it might cause a huge solar flare of energy that would burn out all the cell chips and the poor discarded land line would suddenly become their best friends again.

Day five, the gods and the geeks are dreaming up new ways to drip feed you new applications so you will, after only a year, trash your IPhone for the new and improved one. The idea being to shame your friends into buying a new one. Talk about keeping up with Joneses. Here’s a highly classified leak for day five. It’s called The Hit on Me App. You scan a bar and the camera lens measures the dilation of the eyes to see if you are mutually attracted to each other. It then sends an instant text asking if they would like to share a drink. Then up pops on the screen a message to tell you that your heart is racing. Then it gives you the top ten icebreakers. If, and I do mean if, you want to talk in the old fashioned way.

Day six and your whole life is becoming so grim that all you do is talk to this oblong box or text. You have friends, but who are they because you never see them anymore. You have followers on Facebook but who are they, have you ever met them either? Bullying and shaming people can now be done at a distance in the peace and quiet of their homes.

Let’s hope we can return to the good old days of two empty soup cans joined by piece of string.