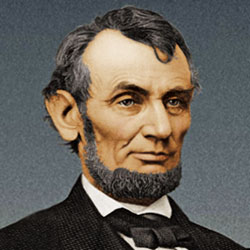 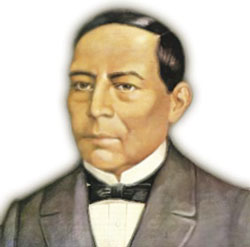 At the drop of a hat, most lifetime readers can tell you which books were most important to them, the ones that changed their previously held view, altered their attitude, explained and sorted out the meaning of it all. Books like The Meaning of Culture by John Cowper Powys, Myths and Symbols in Indian Art and Civilization by Heinrich Zimmer and Guns, Germs and Steel by Jarod Diamond—books that straighten out our wrong-headed views, influence the way we look at life both past and present.

How privileged I am then to add another book between my golden book ends:  Abraham Lincoln and Mexico by Michael Hogan, nominated for the 2016 William M. LeoGrande Prize for the best book on U.S.-Latin American relations. In a more formal setting, he would be introduced as Dr. Michael Hogan, Emeritus Humanities Chair at the American Foundation of Guadalajara, author of 24 books and historian extraordinaire.  So extraordinaire that his history students proudly wear maroon hoodies that read Hogan’s Heroes!

I suspect most readers will draw a blank and cause them to double-take the title, Abraham Lincoln and Mexico.  Whatever connection could have existed between them to warrant a full blown book with an Appendix and Bibliography that will make your hat drop?   Well-grounded readers have read their high school and college texts—American Civilization 101 and even 202.  Do they remember anything more than a paragraph or two about President Polk’s little war of 1846?  The one we call the Mexican-American War and Mexicans call The Invasion of Mexico with all its attendant rape and pillage? Slim pickings, frankly.  Charles and Mary Beard, for example, nada, or Henry Steele Commager and Eliot Morison, nada. Remember Richard Hofstadter who was roundly criticized for his non-existent research into manuscripts, newspapers, archival, or unpublished sources?

This is a criticism that will never be leveled at Michael Hogan.  The Bibliography for this book is stunning (manuscripts, documents, accounts by contemporaries, journals and more).  It makes the would-be scholar in me rejoice and thank Herodotus for insisting on systematically gathering relevant material and critically analyzing it. The Appendix too is a joy. Personal letters to and from Lincoln, President Polk’s messages to Congress, Lincoln’s speech to the Congress.  Be sure to read the Emancipation Proclamation there so that you can slip that accomplishment into casual conversation with hardcore liberal friends. You might mention that the Proclamation made it possible for free men to join the armed services of the United States.  Buffalo Soldiers, anyone?

My first inkling of a connection between Lincoln and Mexico came when watching Warner Bros. movie Juárez starring Paul Muni as President Benito* Juárez.  You may remember that Juárez was the first indigenous Mexican elected to the Presidency of Mexico but that his rightful rule was threatened by a coalition of conservatives both domestic and foreign and the Church.  As coalition forces closed in on Juárez’s hideout, his aides hustle the President into a waiting carriage. “Just a minute,” he shouts, jumps out of the carriage and rushes back in to retrieve a picture of Abraham Lincoln hanging on the wall. Dr. Hogan reminds us that these two men were of the same cloth. They spoke out clearly and forcefully for liberal ideas of the time--opposition to slavery, to foreign intervention, to theocracy and war.

The two leaders ascendant were in close touch throughout the Civil War aided in part by a 24-year- old Mexican envoy, Matías Romero, who must be seen as a Hogan hero.  Dr. Hogan unearthed his personal effects in the vaults of Banco Nacional de México. His papers, letters and diaries lay unread until last year and tell an unusual story, not the least of which how he squired Mrs. Lincoln around town for her shopping forays and how he ingratiated himself with many major political, business and cultural leaders in Washington. Fascinating reading!

Most readers are familiar with the barebones history.   U.S. President, Tennessean James Polk, believed the United States had a “Manifest Destiny,” a God-approved right to spread across the continent to the Pacific Ocean. But would the new lands be slave or free? That was the over-arching question. U.S. citizens/settlers/soldiers streamed west in search of new lives, and some found themselves treading on Mexican soil.

A border skirmish (April 1846) along the Rio Grande began the fighting and was followed by a series of U.S. military victories including the occupation of Mexico City. When the dust cleared, the Mexican Republic had lost nearly half of its territory, including nearly all of present-day California, Utah, Nevada, Arizona and New Mexico. Manifest Destiny had become manifest indeed in the Treaty of Guadalupe Hidalgo (February 1848), a copy of which is helpfully provided in the Appendix.

The language of the agreement reads almost like the bafflegab (disingenuous justification) presented in the Gulf of Tonkin Resolution. The language is nearly interchangeable.  “Deliberately and repeatedly attacked,” “Protected in the free enjoyment of their liberty and property,” “Defense of freedom,” etc. The so-called Mexican-American War was an unprovoked attack on a sovereign country. Such was the considered opinion of a young senator from Illinois, Abraham Lincoln, a vocal and insistent critic of the war (not unlike another senator from Illinois in our century who spoke strenuously against Operation Iraqi Freedom.)

Lest we forget the Alamo, let’s remember that the annexation of Texas as the 28th state of the United States in 1845 led directly to the “Mister Polk’s War,” as Lincoln called it.  Piece by piece, Lincoln dismantled President Polk’s justifications for invading.  Dr. Hogan points out that “Lincoln risked both personally and politically by taking this bold stance in Congress.” It was a popular war. Yet fifteen years later Lincoln became the 16th U.S. President.

One of the traits that makes Lincoln our most respected President around the world was his honesty. Honesty, too, is the hallmark of this fine book. Admission of error is a good place to start.  It takes a big man to admit wrong. Michael Hogan’s book is a purposeful step in that direction. Americans were led to war on a pretext.  Sound familiar?

In a time of “fake news stories” and a willful determination to ignore or even deny the existence of facts, declaring that only perceptions matter, Michael Hogan has demonstrated that “fake news” writ large is “fake history.” The kind of fake history we see so clearly in the American history textbooks approved by the Texas Board of Education. As Lakeside teacher/historian, Fred Mittag, points out, when the Texas Board chooses a book, it means millions of dollars in sales. This forces publishers to pander to Texas, thus imposing many of the Board’s selections and revisionist history on the rest of the United States.  For example, “Joseph McCarthy saved America from Communism.” Let’s take Dr. Hogan’s advice: “Back up what you say with reasonable evidence. Listen to other people even though you disagree with them, and when you finish listening to them, ask if they have evidence to support their case.”

Congratulations are also due Mikel Miller, Managing Editor, EgretBooks.com, whose marketing plans are ambitious and far-reaching (over 400,000 students worldwide study American history).  www.lincolnandmexicoproject.wordpress.com. Amazon already ranks Dr. Hogan’s book among the top three works about Abraham Lincoln.  Miller vows to make sure every Congressional office has a copy and that every U.S. history teacher, both high school and university, has a new way to teach the history of that period using original documents, letters, diaries, etc. to present the facts, not the politics, but the facts that still reverberate in Mexican-American relations today.

Be sure to mark your calendar for Sunday, February 12th (Lincoln’s birthday) when Dr. Michael Hogan addresses the assembled at Open Circle, Lake Chapala Society.  He has a spell-binding story to tell of “courage, intrigue and unlikely friendships.”

This is as good as it gets, fellow readers, and it’s hot off the press in paperback and Kindle.  Buy it!  Read it. Pass it on to your alma mater’s library so that educators and students will be as well informed as you…

* Signore Alessandro Mussolini named his son Benito because he so admired Benito Juárez. The cruel irony will not be lost on my readers.