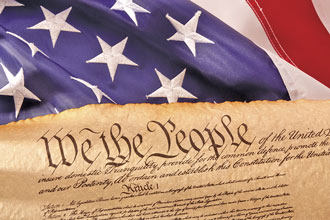 Note: Given the results of the recent presidential election in the United States, and the current threat from some quarters to drastically curtail the freedom of the press and the right of free speech, the following true story might be instructional.

In 1734, in a small town outside New York City, the editor of a newspaper called The New York Weekly Journal was walking across the village square when he noticed a man who, having been severely flogged, was still out on public display, his arms bolted with wooden stocks. The editor, whose name was Zenger, asked the prisoner what his crime had been.

He had spoken out against the British Crown. The case had never gone to trial, yet the man had been severely punished. Outraged, the editor wrote an article about the matter, and was soon arrested himself. Left in jail for several weeks without adequate food and water, he became weak, dispirited and felt utterly abandoned by the time his case was finally scheduled for trial.

Zenger had more stalwart friends, however, than he thought, and one of them was the town’s most prominent attorney, a man named Alexander, who began to work on his behalf. Another was the editor’s wife, who continued to print his newspaper out of the cellar of their home. By the time the case came to trial, it had caught the attention of much of the rest of the American Colonies.

The matter seemed preordained. The judges, subservient to the Crown, had been bribed, and the jury was filled with people too uneducated to understand the issues. Justice, it seemed, was about to go on vacation.

The attorney, realizing his client might hang, rode hard for several days to Philadelphia, where he enlisted the aid of a man named Hamilton, reputed to be the finest lawyer in all of North America. Together, the two men hurried back to New York, arriving just as the trial was ending.

Striding into the courtroom as if he owned it, Hamilton immediately launched into one of the most inspired arguments for free speech that had ever been heard. With the spectators and even the jury finally bursting into cheers, a not-guilty verdict was hastily rendered.

Hamilton had sounded the first clarion call for the right of every citizen to voice his opinion about the government without fear of recrimination or retribution, be it from the King of England all the way down to the mayor of a small village. In time, that call would make it into the Constitution of the United States of America, and today it is part of what makes America the great nation that it is.

“Congress shall not abridge the right of free speech. . .”

Those nine words would eventually alter the course of history.