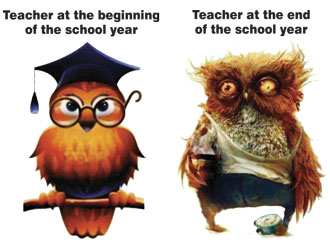 I learned more about the importance of trust and honesty from John who was in his early 50s, a psychologist- turned -clown, known and loved by children and adults alike. As Mr. Balloony, he quickly and delightfully, before our eyes, transformed flat and long colorful strings into active light hearted creatures which captivated each child in the audience. We delighted in the magic brought forth through Mr. Balloony, the man with the soft smile, sparkling eyes, nimble fingers, and an endless source of breath. John lived in a light filled spacious home in Atlantic Beach, Florida, where he and we, his friends, practiced weekly yoga together. The yoga gathering ended for no known reason.

Months later, I received word that John was living elsewhere and was ill.

I called on John in the small, dark one room apartment he had moved into and found him looking like his living space, dark and drab, and on dialysis because of kidney failure. We openly talked and agreed that he would come live with me and we would care for his kidneys. I created a room that was bright, furnished with a single futon on a polished pinewood floor, a potted geranium and an asparagus plant, a bamboo shaded floor lamp and sliding glass door leading to our lily pond housing many creatures including singing frogs.

John’s diet was macrobiotic, which included food and lifestyle designed to revive his kidneys. Believing that food and touch are essential to the healing process, I massaged John using sesame oil and hot ginger poultices daily along with mugwort moxibustion applications. He would drive himself to dialysis treatment two times a week. After three weeks of our healing interaction, he needed dialysis only one time per week.

John came home early and shared with me that the nurses greeted him saying he no longer required treatment. John moved on, revived Mr Balloony, and hit the road with a female fellow clown. Several months later I heard that John’s kidneys had failed him and he died.

Now I see that John or I were not fully engaged in his healing, mainly due to previously unresolved issues between us. His symptoms disappeared but the cause remained. I was reminded that symptoms are the first to be relieved, through drugs, surgery, diet, herbs, psychotherapy or prayer. Symptoms can be eliminated and be called a cure by modern medicine’s definition. It’s necessary that the underlying cause be addressed in order to bring forth a true healing.

I believe healing calls for one to look within for the cause: Emotions, lifestyle, thoughts, all have to be explored. The essence of this work must never be mistaken for a static form that can be repeated. It is not ‘one size fits all.’ It is a participatory process based in deep intimacy, two human beings present with each other both suffering the same predicament and coming out together.