“The Corruption Of The Pen” 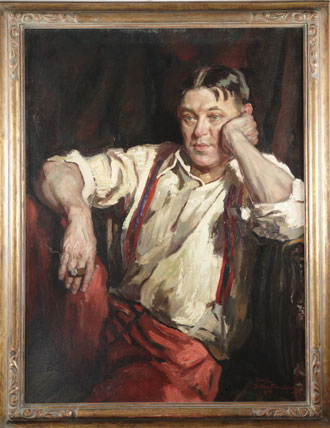 “The pen is mightier than the sword” is an adage that gives journalism high responsibility. The Society of Professional Journalists recognizes this in the preamble to their code of ethics: “Members of the Society of Professional Journalists believe that public enlightenment is the forerunner of justice and the foundation of democracy. Ethical journalism strives to ensure the free exchange of information that is accurate, fair and thorough. . . .”

The Society lists four principles, each of which is followed by expository information: (1) Seek Truth and Report It, (2) Minimize Harm, [e.g., withholding names of juveniles], (3) Act Independently, (4) Be Accountable and Transparent. These are worthy standards now tossed to history by mainstream journalism.

One reason is the rise of huge corporations that subjugate journalism into a source of profit, rather than a service to the public – something against which Edward R. Murrow warned. In his day, the news was presented by the networks at a loss as a public service in return for the use of the public airwaves. They compensated for this loss with the profits they made from the entertainment part of their broadcasting. But now news departments downsize reporters and staff to increase profits.

A major blow to journalistic standards came under President Reagan when special interests persuaded the Federal Communications Commission to drop the Fairness Doctrine. This relieved Fox News and people like Rush Limbaugh from any requirement to report accurate information or to present balanced perspectives.

The repeal of the Fairness Doctrine opened the way for broadcasters to reject all four principles of journalistic ethics. As a result, Fox News and Rush Limbaugh, et al., pander to emotion rather than appeal to intellect, with results that damage the quality of American civilization. Rush Limbaugh violated two of the principles of journalism when he called an outstanding young woman named Sandra Flukea “slut” and a “prostitute.” It was (1) untrue and (2) it did harm by smearing her. The appeal to emotion has created an angry class of Americans who yell “Hail Trump!” – with a Nazi salute.

Journalists like H.L. Mencken, while striving for objectivity, did not back away from the first journalistic principle to report the truth. Mencken was the one who labeled the 1925 Scopes Trial the “Monkey Trial.” Edward R. Murrow exposed Senator Joe McCarthy’s nefarious witch-hunt for what it was. Walter Cronkite analyzed the Vietnam War for its failure in a famous broadcast that led President Johnson to say, “If I’ve lost Cronkite, I’ve lost America.”

As a measure of fallen standards, a spineless Chuck Todd said it was not his job to challenge Republicans on their endless lies about the approaching passage of Obamacare. He said that was President Obama’s job. Chuck Todd is symptomatic of a creeping promotion of false equivalency by professional journalism. On the very face of it, false equivalency is just as illogical as saying four equals seven. Four does not equal seven – never has and never will.

In contrast to Todd, Candy Crowley dared to fact-check Mitt Romney as moderator in a debate with Obama and lost her job for daring to reject false equivalency.

Yet, one writer for El Ojo del Lago, in reference to the election, wrote, “I am particularly concerned with the lack of comity on both sides.” Without elucidation, this suggests that Hillary and Trump were equally lacking in comity and that four indeed equals seven. Empirical evidence shows the two campaigns were not equivalent in any sense.

The 2016 campaign exposed the myth of media “objectivity.”  Trump said outrageous things that the media reported as news, because of their entertainment and ratings value. This was hundreds of millions of dollars worth of free advertising for Trump, advertising for which other candidates had to pay from their campaign treasuries.

Trump manipulated the media into constant coverage of Clinton’s e-mails. Any FBI investigation of a candidate is newsworthy, but in this case, the FBI found nothing that could result in charges against Clinton. Trump made “Lock her up!” a standard chant at his rallies.

CNN’s Matthew Dowd said, “Either you care both about Trump being a sexual predator and the Clinton e-mails, or you care about neither. But don’t talk about one without the other.” Dowd defended his ludicrous logic by making it even worse: “The response to what I said is what is wrong with the country. Partisans of each side are unwilling to look at the faults of their own candidate.” In other words, no charges against Hillary equals allegations from more than seven women of unacceptable sexual behavior by Trump.

To make the contrast even greater, Trump is on tape bragging about his sexual predation, “grabbing their -------” and forcibly kissing them: “When you’re famous, they let you do it. You can do anything.”

Clinton’s lavishly paid speeches to Goldman Sachs, however disturbing, were not illegal, but Trump is paying $25 million in a settlement over the fraud he committed with his Trump University scam. One cannot find on the Democratic side of the campaign any language remotely resembling that of the Republicans, even getting down to hand size as an indicator of the size of other parts of the anatomy.

There is no equivalency in the lying, either. The New York Times wrote, “Donald Trump’s record of truth and accuracy is astonishingly poor. Fully three-quarters of his statements are mostly false or even ridiculous.”

Profit was the reason for the decline in journalistic standards. It led to the repeal of the Fairness Doctrine by the FCC and the conversion of news into entertainment by slander, innuendo, and emotion.

(Ed. Note: Fred Mittag is a retired public school teacher who is interested in history, politics, and economics.) 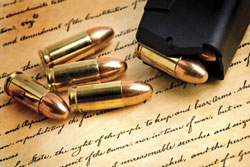 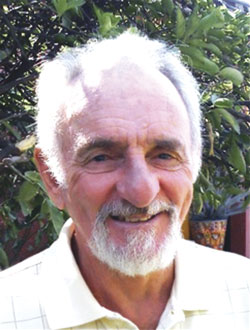