—Bigger & Better Than Ever 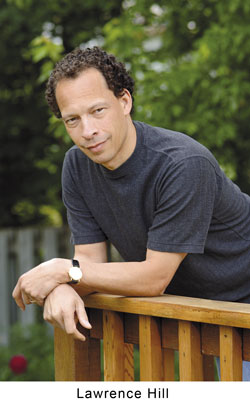 The Tenth Annual Lake Chapala Writer’s Conference will be bigger and better than ever. We’re trying out a new venue, the Hotel Danza del Sol, with its spacious meeting rooms, generous parking lot and excellent dining room. There will be four presenters, instead of our usual two, and the agenda will include two panel discussions featuring all four, plus six additional 90 minute presentations.

During the opening panel discussion, the presenters will describe their personal journeys as authors. Miranda Hill’s presentation on The Basics of Clear Writing and John Scherber’s on The Reader/Writer Relationship will be helpful to the newer writers, as will the closing panel discussion on Creativity and Where Ideas Come From. Seasoned writers can benefit from these presentations as well.

Other topics include: Writing the Short Story; Turning Fact into Riveting Fiction, The Real World of Self-Publishing and Seven Ingredients to Make a Scene Sizzle (the first time a presenter has spoken about writing sexy scenes). The four authors who will be presenting this year are highly qualified. Lawrence Hill is the author of nine books. His 2007 novel The Book of Negroes (published in the USA as Someone Knows My Name) won the Rogers Writers’ Trust Fiction Prize, the Commonwealth Writers Prize for Best Book and CBC’s Canada Reads. A television mini series based on the novel is currently in production. This past fall Hill gave the CBC Massey Lectures.  His new book Blood: the Stuff of Life will air on CBC Radio and is published by House of Anansi Press. Non-registrants who are fans of Lawrence Hill’s will be able to attend the Thursday luncheon (for a $150 pesos ticket) and hear his keynote address.

Miranda Hill is a writer of fiction and poetry. In 2011, she won The Writers’ Trust / McClelland & Stewart Journey Prize for her story, “Petitions to Saint Chronic.” Her collection of short fiction, Sleeping Funny, is published by Doubleday Canada. She is currently at work on a novel (Conduct, also for Doubleday Canada), a multi-generational story that weaves between Pittsburgh’s fine houses and steel mills and Muskoka’s cottage country. Miranda received a degree in Drama from Queen’s University and an MFA in Creative Writing from the University of British Columbia. Today, she writes and reads in Hamilton, Ontario where she lives with her husband Lawrence, and their children.

Claudia Long grew up in Mexico City and moved to the United States when she was eleven. She wrote her senior thesis at Harvard on the feminism of Sor Juana Ines de la Cruz, and revived her passion for her when she wrote Josephina’s Sin, published in 2011. The sequel, The Duel for Consuelo will be available in the spring of 2014. Claudia lives in northern California where she practices law with her husband.

John Scherber, a Minnesotan, settled in Mexico in 2007. He is the author of ten Paul Zacher mysteries, all set in San Miguel de Allende. In addition, two volumes of the Townshend Vampire Trilogy have appeared, as well as his award-winning nonfiction account of the expatriate experience titled San Miguel de Allende: A Place in the Heart.

I hope that lakeside’s writing community comes out in full force to learn from these gifted professionals, meet other writers, and help celebrate the literary accomplishments of both presenters and registrants. Conference dates are February 26 – 28th, 2014. The early bird fee is only $1300 pesos for those who register by January 31st. It’s time to sign up. Conference registrations (and luncheon tickets for non-registrants) will be sold at Diane Pearl’s or you can email registrar Victoria Schmidt at This email address is being protected from spambots. You need JavaScript enabled to view it.