—Give Rise to Boyhood Memories 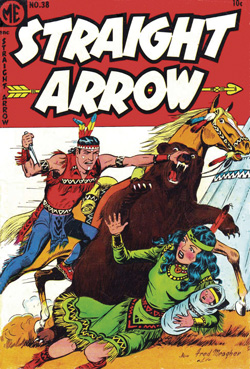 Two evenings a week, when I was between the ages of six and nine, I would put aside all else in order to tune into Mutual Radio, that I might thrill to the adventures of the great Comanche hero Straight Arrow. The 292 episodes, advertised by Nabisco Shredded Wheat, ran from 1948-1951. TV loomed on the horizon, but almost concurrent with the radio series was the publication of a comic strip, comic books and those wonderful Straight Arrow “Injun-uity” Cards.  Each box of Nabisco Shredded Wheat contained the latest one. Printed upon each was a wilderness skill, survival skill or Native American art form. I gulped down repeated breakfasts of shredded wheat in order to wheedle my parents into purchasing the latest box of the stuff, and I collected the complete set of cards. The skills appealed to my overly active pre-adolescent imagination, and I attempted many of them.

My collection somehow vanished over the decades, but friends have given me duplicates from their own stockpiles.  I have since copied all of them off the internet. I keep them safely preserved in plastic envelopes in a three-ring notebook on my bookcase. My apologies to my Native American brothers and sisters for the insensitive term “Injun” but that is what the cards were called back in that far lessenlightened era known as the1950’s.

I bear the happy memories yet, as well as one very evident scar from my attempts. One card explains how to make leather moccasins. Using my dad’s razor sharp pocketknife, I carefully followed the pattern, cutting my moccasins from scrap leather.  The leather was thick and tough. I had to force the thin blade through in order to create holes for the laces. I pushed too hard and sliced into the fourth finger of my left hand.

That was the only serious mishap. Before I ever became a Boy Scout, I learned how to build a campfire and how to cook things on a spit or with a reflector oven, thanks to Straight Arrow. I knew how to set up a proper camp, to string and fire a makeshift bow and arrow. I put Straight Arrow’s tracking directions to work in the fields and woodlots of my grandfather’s farm.  I knew why Indians never got lost, according to Straight Arrow, and orienteering came naturally to me later on.

Straight Arrow’s horsemanship guides came in handy over the years, even when, as a small boy, I led Grandpa’s two huge draft horses to the trough in the pasture to drink. Chopping firewood was more a game than a chore to me. Using dried sea weed for tinder, I even experimented successfully with starting a fire with flint and steel on the cement floor in my parents’ basement, smoking up the house in the process.

I never attempted to make a bow by following Straight Arrow’s directions, and I speculated for years in vain about creating snowshoes, but I learned canoe-man-ship from him long before I ever entered a canoe. Even though we had no poisonous snakes in my part of the country, I could recognize the difference between good ones and bad ones, thanks to Straight Arrow. I could find directions by using a wristwatch as a compass, and I could send up smoke signals, even though I had no one to send them to.

That brave Comanche warrior taught me how to make a bedroll, turn a tin can into a stove, prevent forest fires, make a ground bed upon which to sleep under the stars, to keep warm in the winter and cool in the summer, and practice a rudimentary form of first aid.

Who was this hero of the glory days of the American West, who provided such knowledge and inspiration? He was a fierce Comanche warrior who lived most days, Clark Kent and Bruce Wayne-like, in the guise of unexceptional white rancher Steve Adams. In the 1870’s, Adamshad inherited the Broken Bow Ranch, located in southern Colorado near the Sangre de Cristo Mountains, from his adopted white parents.

Whenever trouble came, in the form of rustlers, stage coach robbers, and other bad guys, Steve rushed to a secluded cavern where he donned his warrior garb, mounted his great palomino stallion Fury, picked up his quiver of gold tipped arrows and rode off to successfully restore peace and justice to the Old West.  His Comanche war cry, “Kaneewah!” sent chills up and down our spines.

Every boy in that halcyon time knew that a cowboy’s horse was his best friend and fantasized endlessly about having his own palomino stallion, just like Fury or like Roy Rogers’s Trigger. No other color of horse would do. A nationwide horse naming contest gave Fury his moniker, and some lucky child somewhere won a beautiful palomino colt.

Unlike many other old radio heroes, Straight Arrow did not make it to television. Yet, he lives on in the imaginations of us old boys who once thrilled to his exploits.

INSIGHT STRAIGHT - November 2009
INSIGHT STRAIGHT By Jim Tuck A Bleeding-Heart Liberal Looks at Jane Fonda   Though the Vietnam War has been over for several decades, one of its 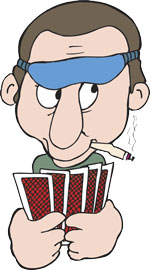 Insight Straight
Insight Straight By Jim Tuck The Greatest Short Story Ever Written     With due respect to Poe, Maupassant, O. Henry and other masters of the art, 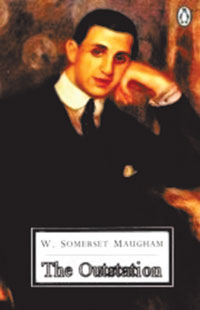 Insight Straight
Insight Straight The Greatest Short Story Ever Written By Jim Tuck   With due respect to Poe, Maupassant, O. Henry and other masters of the art, 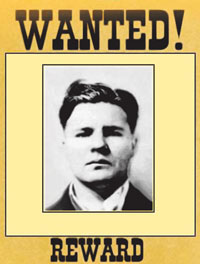 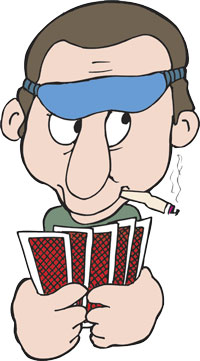 Insight Straight
Insight Straight By Jim Tuck Holocaust Accomplice: The Appalling Story of Breckinridge Long   In the Middle Ages, it was customary for kings to