The Help
(Re-Published by Request) 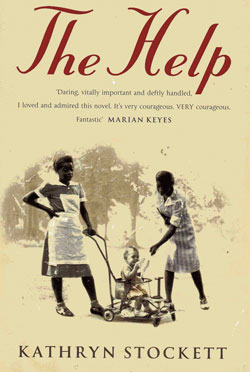 A few years ago, a friend loaned me a book written by Kathryn Stockett, entitled The Help. Later this story was made into a movie. The story is set in Mississippi in the 1960’s and, as the title suggests, it is about the “colored” maids working in the homes of “white” employers. What did it feel like raising the children of white people? Cleaning their homes? Acting as if they were invisible? In the book, one of the community organizations is pushing for an initiative for the employers to install a separate bathroom for the help to use while working in the home. Remember, that this is the Deep South in the 60’s. “Separate but equal,” the leader of the initiative snidely chants as she glances sideways at the maid.

As I read this book, I was uncomfortable with the racism, and uncomfortable with our history. I grew up blissfully ignorant of this type of overt racism, having lived in a town where the only other race I encountered was one family from Asia.

While watching the movie, I was appalled at how people were talking about the maids as if they weren’t even there. As if they couldn’t see, hear, and feel.

Days later, I sat at a restaurant in Ajijic discussing this with a friend of mine, but into our conversation, I began to pay attention to a conversation I could hear at another table. A woman was discussing her Mexican maid with her friend. As the Mexican staff waited her table, cooked her food, and could see and hear every word she said, she berated her maid, her work, and accused her of stealing from them. Now, this may have all been true. But she was doing what was done in the 60’s. She was blind to the fact that the Mexicans could see their body language and hear what these women were talking about.

I began to take notice wherever I went. At a restaurant in Chapala, during happy hour, I heard loud discussions of the expats and their thoughts about their Mexican staff, and even comments about the staff at that restaurant, discussing the “help” as if they were invisible.  I saw this behavior as a sad statement of how some of us see ourselves.

I’ve heard people say, “You can never trust a Mexican.” I even had feedback from one of my columns when I said the only time we had anything stolen here in Mexico was by an American. A reader challenged me, even sounded insulted that I said it was an American.  But it was the truth.  Caught him red-handed.  But what I marveled at was this reader seemed to live in a world where Americans can do no wrong.

My experience in Mexico has been that the people here are very respectful and polite.  And while I am sure they have occasion to speak about the way some of the expats act, for the most part I have seen them keep it to themselves in public.

Shoes can be placed on the other foot.  Once, on Day of the Dead, friends of ours were with us while we were walking through the displays of alters in Chapala.  A group of teenage boys taunted me in Spanish… assuming I didn’t know their language.  I turned, shook my finger and said “Yo hablo Español!” And having been caught, in unison, they hung their heads in shame.

Just remember, though the indigenous population at Lakeside may not speak fluent English, but they know enough to understand.