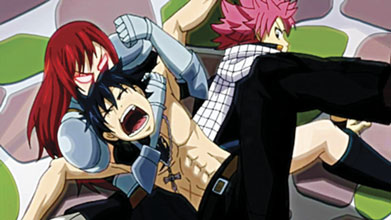 The first time I was hit by a man, I'd hit first. We were standing in his kitchen, in a heated argument and he said something rude. Tongue-tied, I responded the way I'd seen women from Scarlett O'Hara to Cher in Moonstruck ("snap out of it") respond: I slapped him across the face.

He slapped back. Hard. Perhaps in my anger, I, too, had slapped harder than I'd intended.  We each took a step back.

From the beginning, our relationship had been out of balance. I was 23 and this was my first "real" relationship.  He was much older and, as an accomplished trial lawyer, much more articulate than I was. For a nanosecond, slapping him made me feel powerful. Although I've never hit anyone since, I immediately understood the seduction of how physical violence could make a woman feel in control.

According to a study published in the American Journal of Public Health, “Men and women initiate violence against an intimate partner at approximately the same rate.” In instances where one partner initiated violence and the other withdrew, the instigator was the woman 71% of the time. But my partner had hit back. We were both victims…and we were both abusers.

However, the vast majority of resources allocated to assisting domestic violence victims is allocated toward women, says family law attorney David Pisarra. He knows of only one domestic violence shelter in Los Angeles County, for example, that accepts men. He’s lobbying the County Domestic Violence Counsel, a taxpayer funded board of shelters and counseling providers, to conduct a study to determine the number of male domestic violence victims, the barriers they encounter when attempting to receive services and how those barriers differ from what battered women and children face.

“One of the problems we have with domestic violence is talking about it,” Pisarra notes, “because it’s so slippery. People flip from victim to abuser and abuser to victim. [Furthermore,] are we talking about emotional, psychological, financial, or physical [abuse]? [Without a clear picture,] we’re trying to nail Jell-O to the wall.” Pisarra is so disturbed by the lack of support for male domestic violence victims, he’s creating a documentary called What About the Men? Exploring the Hidden Side of Domestic Violence.

“She stalked my social media,” Tommy says in the documentary, referring to his ex-partner. “She [found where I was staying,] showed up at 4:00 in the morning and punched the sh*t out of me. It feels powerless when you are wrapped up in the tornado. You don’t really understand what’s going on or why. I got out of the relationship, but I wasn’t allowed to leave,” the burly man confesses.

It’s hard to imagine anyone – much less a woman – beating up this man. Yet, if we argue that women are capable of serving in combat, then we should accept that women can be, and are, capable of intimate partner violence – and should be treated equally.

“If the [gender] roles were reversed, she’d be incarcerated,” observes Tommy. “If she was the man, and I was the woman, [with] the things she’s done to me, I would be locked up. Women, they get a pass.”

Men have to learn to speak up, and society has to learn to listen to them. “I’m 240 pounds and covered in tattoos and I’m going to walk into a courtroom and tell the judge this 140-pound girl beat me up?” Tommy rhetorically asks.

During the last two generations, we’ve seen powerful campaigns to teach men, police officers and the public that it’s unacceptable for a man to hit his partner. But those efforts are undercut by a gender double-standard that applauds women slapping men in movies, allows disgruntled girlfriends to stalk and threaten their partners, and cheers vengeful ex-wives who dismember their spouses.

If we don’t accept “she deserved it” as justification for assaulting a woman, then how can we smugly shrug “well, he had it coming to him?”

If violence is wrong, then it’s wrong no matter which partner or parent is perpetrating it. Every 15 seconds somewhere in America a woman is the victim of domestic violence, while every 38 seconds a man is.

Isn’t it time we stop the clock?

(Ed. Note: This column first appeared in The Argonaut newspaper in Los Angeles, CA. To learn more about What About the Men?, visit indiegogo.com/campaigns/what-about-the-men-the-hidden-side-of-dv

Kelly Hayes-Raitt writes a regular column in The Argonaut and blogs at www.LivingLargeInLimbo.com.