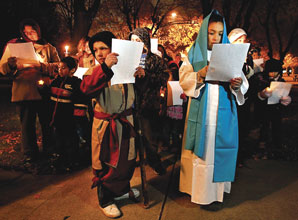 “Twas the night before Christmas, and all through the casa, Not a creature was stirring,” Caramba, que pasa? The long Christmas holiday season (Dec.8 to Jan.6) owes its uniqueness to the Spanish priests who accompanied Cortez. Hoping to leap past the cultural and language barriers, the Franciscan priests resorted to skits and mini-dramas. They began with the story of Christmas. At first spontaneous, the dramas were later formalized and became part of the “Franciscan Theater” in 1532. The presentations would begin on December 8, the feast day of Purisima Concepcion, the Immaculate Conception. “The stockings are hanging, con mucho cuidado, in hopes St. Nicholas will feel obligado...”

Las Posadas, or literally ‘the inns’ depict the nine days of wandering by Joseph and Mary, as they search for a place for Jesus to be born. The ceremony begins on December 16. People march in pairs, carrying lighted candles and singing carols which beseech a bed for Mary. Children dress as angels, while some adults wear the costumes of shepherds or wise men. On the final night, the procession ends inside a church, where Mary identifies herself as the Queen of Heaven. Carols are sung as the village priest takes the infant from the angels and places it in the crèche. “To leave a few cosas aqui y alli, For Chico y Chica and something for me.” Now comes the Posada Fiesta.

It begins with food and drink. Hot ponche, a combination of hibiscus blossom tea, guava and cinnamon. It is usually laced with alcohol. Buñuelos, a crispy confection, is also traditional. “Los Niños are snuggled all safe in their camas; some in vestidos and some in pajamas.

The breaking of the piñata culminates the fiesta. Even though the children are intent only on the goodies inside, the breaking of the piñata is a religiously symbolic act. The brightly-colored, paper mache piñata represents Satan and his power to lure one into evil ways. The children are blindfolded and armed with a stick. When the piñata is finally broken, this symbolizes victory over evil and the slaying of Satan. The sweets falling to the ground are a reward to all those who helped to slay the evil spirit. (A similar ritual was practiced by the Aztecs.) “Their little cabezas all full of good things They esperan what Santa will bring.”

Las Pastorelas — The Shepherds’ Songs are light, humorous musical dramatizations performed between December 24 and January 6, following the Posadas, to depict the celebration of the birth of Christ. The first scene is the revelation of the Holy Birth to the shephards, and their subsequent plan to travel to the site of the birth. But Lucifer and his cohorts plot to thwart the pilgrimage of the shepherds.

Thus the stage is set: good versus evil. Lucifer and his devils appear, breathing fire, to assault the shepherds. After much mayhem, Saint Michael and Saint Gabriel step in and save the day. The Pastorela ends with the adoration of the Christ Child, amidst much rejoicing.

“Santa is down at the corner saloon, muy borracho since mid-afternoon. Mama, sitting at the ventana, is shining the rolling pin para mañana.” The Mexican Crèche is the Nativity Scene, first devised in 1223 by Saint Francis of Assisi, wherein the birth of Christ is portrayed in tableaux, using actual people and animals. This custom, which the Spaniards called pesebre, was brought to Mexico by the priests who came with Cortez.

Mexican crèche scenes are beautified by the scarlet Flor de la Noche Buena, Flower of Christmas Eve. (It was later introduced in the United States in 1825 by Dr. Joel Roberts Poinsett, first American ambassador to Mexico. The flower, was named after him, and the poinsettia became the Christmas flower in the Western Hemisphere.)

Mexicans, as they build their crèches, relate the legend of the poinsetta to the story of the little beggar girl who wept because she had nothing to put on the Christmas altar. Her tears, falling on the snow, bloomed as bright red flowers so that she too had an offering for the Christ Child. “When Santa will enter in un manner extraño, Lit up like the Star Spangled Banner, cantando.”

Epiphany comes on January 6, when Mexican children place their shoes outside the door and the Wise Men leave gifts for those who have been good. Thus the long Mexican Christmas, which began on December 8, finally comes to an end. 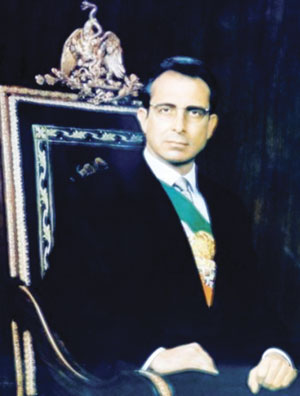 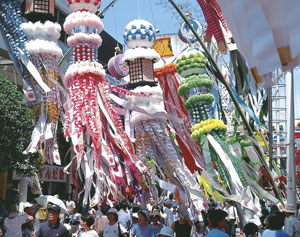 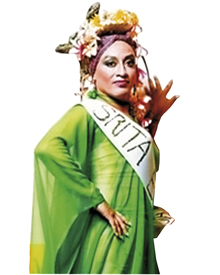