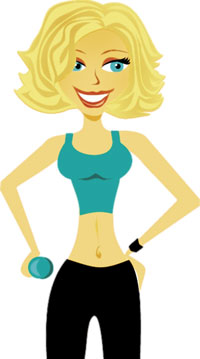 After a year in rehab at the VA hospital, Eddie was able to speak softly. His throat had healed but after several surgeries to stabilize his vertebrae, he was unable to use his legs or move his left arm. He had no choice but to sit strapped in his motorized wheelchair all day reading or watching TV in the third-floor condo while his wife, Alicia, worked as an office manager for Great Western Insurance Company. Fortunately they lived close enough to Great Western’s offices that Alicia could come home at lunchtime and check on him.

One morning after Alicia had left for work, Eddie tried to reach the coffee in the cabinet above the sink. As he reached up, he leaned too far back in his chair and fell over. He looked at his cell phone on the table out of his reach. Unable to rise, he lay on the floor until Alicia came home at lunch. As he lay on his back still stuck in his wheelchair, he thought about buying a gun and ending his entrapment and helplessness.

Alicia opened the door and rushed to him. She didn’t have the strength to raise his two-hundred-twenty pound body and the wheelchair, so she went out and down the hall to see if old Mr. McCall could help her.

“What’re we going to do? We can’t leave him like this and I need to go back to work in half an hour.”

The old man snapped his fingers. “Hey, there’s a young woman just moved into the condo above me. She’s young and pretty and looks strong. Maybe she could give us a hand.”

He left and in less than three minutes returned with a tall, muscular blond woman with crew-cut hair, wearing a bra-less tank-top and shorts. She looked at Eddie sitting on the floor, almost in tears. “No problem,” she said. “I’m a trainer at Gold’s Gym. I work out with weights every day. Lifting him will be easy.”

She pulled Eddie from the chair while Alicia righted it. Then she rolled him over, put her hands under Eddie’s armpits, and pulled him toward her, lifting him until his head rested between her ample breasts. Then she rocked him back and forth and hoisted him as easily as you could lift a twenty pound sack of beans. When she set him down in his chair, he was grinning.

“Barbara. Name’s Barbara, and I’m glad to help. Any time.” She wrote her private phone number on her card which Alicia taped to the refrigerator. “Call me any time. I don’t go to work until after one.”

Eddie looked up at her. “I’m going to keep my cell phone with me in the chair from now on.”

Now, two or three mornings a week, after Alicia goes to work, Eddie tips himself over and calls Barbara. 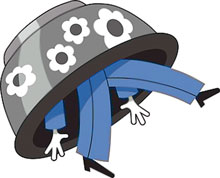 HELPLESS? - Octover 2009
HELPLESS? By Mel Goldberg   After a stroke left Eddie able to speak but no longer walk or move his left arm, he had to sit in a chair all day while