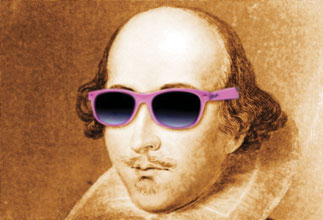 Last month I described Shakespeare’s love, lust and ultimate dislike of the Dark Lady. So who was this sultry young woman? Several candidates have been suggested, including the idea that she did not exist at all, in other words that the entire sonnet sequence is no more than a literary exercise.

The likely lady is Emilia Lanier, an intelligent and dark-complexioned woman who was herself a minor poet. She was the orphan daughter of Baptist Bassano, one of the Queen’s Italian musicians, brought up in an aristocratic atmosphere by Susan Bertie, Countess of Kent. Emilia was five years younger than Shakespeare, and four years older than Shakespeare’s patron, the Earl of Southampton – just the right age to be the mistress of one and seductress of the other. For a while she was also the mistress of the Queen’s cousin, who was forty-three years her senior. When Emilia became pregnant, it was arranged that she be married to Alfonso Lanier, another Italian musician. Members of the Bassano musical family accompanied the performances of Shakespeare’s plays in the royal palaces. They were dark-skinned Venetians, and probably had some Jewish blood. Maybe it is not a coincidence that Shakespeare wrote a play about a Jewish family in Venice, and that one of the characters is named Bassanio.

Evidently the lady was a musician. There is a tender sonnet (Sonnet 128), written before the relationship soured, picturing her sitting and playing the harpsichord. The poet envies the keys, being tickled by her fingers:

Do I envy those jacks that nimble leap/ To kiss the tender inward of thy hand;/ Whilst my poor lips, which should that harvest reap,/ At the wood’s boldness by thee blushing stand.

Later he realizes that he is just one of her many lovers, but he is still enslaved. In his infatuation, he asks her only to cherish his name (Sonnet 136):

Then in the number let me pass untold,/ Though in thy store’s account I one must be;/ For nothing hold me, so it please thee hold/ That nothing me, a something sweet to thee./ Make but my name thy love, and love that still,/ And then thou lovest me, for my name is Will.

There is an intentional double meaning here, as the Elizabethans used “will” to mean desire and also sex. No doubt Southampton and his young friends found these sonnets amusing. And what happened to Emilia? In 1611 she brought out her own book of poems, the first Englishwoman to declare herself a poet. People who read her poetry consider it radical and scholars refer to her style as “proto-feminist.” In the end she outlived them all – Shakespeare, Southampton, her husband, even her own children. She died in 1645 at the ripe old age of 76 and was buried at Clerkenwell, once known as London’s “Little Italy.” 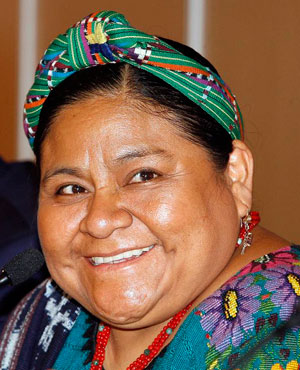 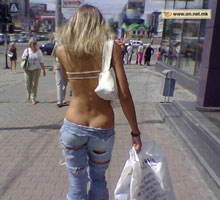