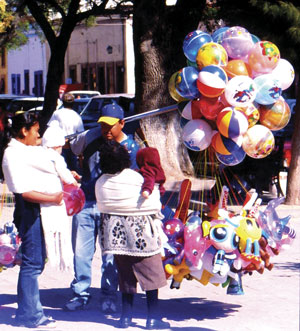 What has to be the largest Mexican flag in all of Mexico waves over Dolores Hidalgo. It’s visible from the mountain road long before the city appears, and it’s a beacon which flies there for good reason.

The town – to which the name of Mexican patriot Father Miguel Hidalgo is now affixed – is where Hidalgo uttered the Grito – his famous cry for Mexican independence – on September 16, 1810.

Within a year, his rebellion’s early successes were reversed and his head was impaled on a spike upon the ramparts of the Alhondigas in Guanajuato, where his army achieved its first major victory.

It would take ten more years for Mexico to free itself from the Spanish crown, but every year on September 16, the Grito is re-enacted in the city’s historic central plaza – the zócalo - as in thousands of cities across Mexico.

But Dolores Hidalgo’s role in Mexico’s War of Independence is only one of the good reasons that the city has been named one of Mexico’s “Pueblos Mágicos” – Magical Towns.

The center of Dolores Hidalgo is the zócalo, and it’s dominated by a statue of Father Hidalgo and by his historic church, the Parroquia de Nuestra Señora de los Dolores.

As I walk the plaza, I check out a church facade done in the ornate Spanish Baroque “Churrigueresque” style and bearing intricately carved figures.

History buffs will enjoy the nearby Museo de la Independencia, in which are displayed artifacts of the war of independence.

Until I visited Dolores Hidalgo, I thought that Michoacán was the epicenter of Mexican ice cream, but a walk around the zócalo – where homemade ice cream is sold daily from the many push carts –  quickly convinced me otherwise.

Nowhere but at the State Fair of Texas annual Fried Food Contest – known for its improbable ingredients –  have I tasted so many quirky (yet all very tasty) flavors.

On my visit, featured flavors ranged from the traditional fruits and nuts and chocolate to the truly exotic and even bizarre.  But who wants vanilla, chocolate or strawberry when you can have mango or papaya?  Perhaps avocado or corn?  Fried pork skins, chile, or mole?  Shrimp or octopus?  Or maybe cerveza, tequila, or pulque?

Vendors are constantly competing to come up with the next new flavor, so it’s an experience constantly re-invented.

Today, Dolores Hidalgo is widely renowned for its ceramics, the production of which directly or indirectly employs more than half of the city’s workers.  It was Father Hidalgo who introduced Talavera pottery techniques from Puebla to the people of Dolores Hidalgo.

Since 1997, only ceramics from Puebla can be designated as “talavera,” but the Puebla techniques are still practiced here, as they have been for three centuries.

While Dolores Hidalgo is one of the main producers of majolica glazed tiles, its workshops produce a staggering array of ceramics including dinnerware, vases, pots and jars, mosaics, bathtubs, bathroom sinks, and soap dishes, and even light switch covers and bird baths.

There are plenty of shops selling ceramics on the side streets just off the zócalo, but it’s far more interesting to visit one of the workshops that line the approach to town.  There visitors can walk among the artisans as they work, which is a real treat, since everything is made and decorated by hand.

Because Dolores Hidalgo is not a major international tourist destination, it retains much of its colonial charm and all of its Mexican authenticity.  No visit to Guanajuato, San Miguel de Allende, or Queretaro is complete without including this side trip.

Also in the state of Guanajuato and just down the road from Dolores Hidalgo is a mystical world heritage site that’s the subject of my next post. 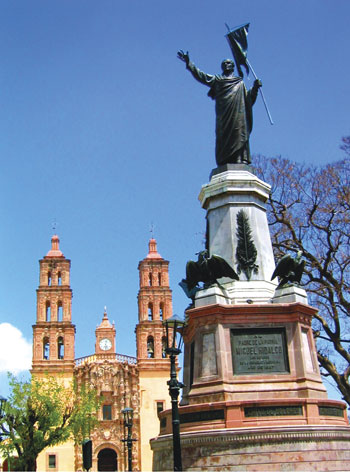 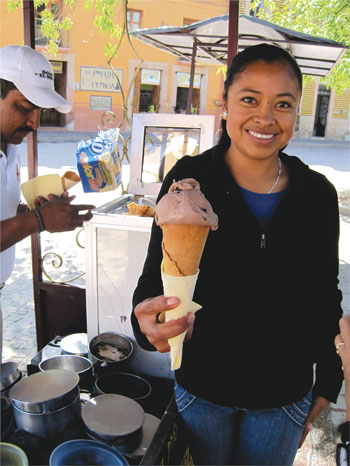 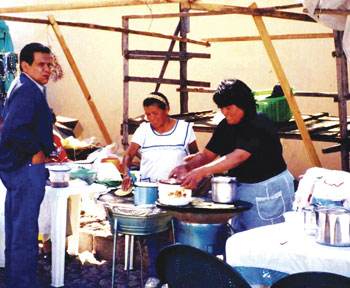 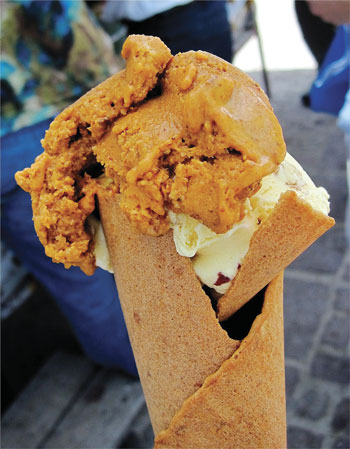 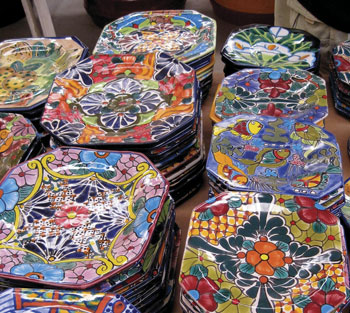 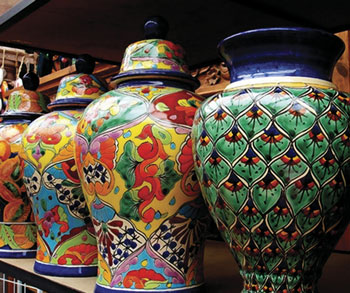 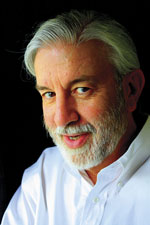