A Wonderful Writer Once In Our Midst 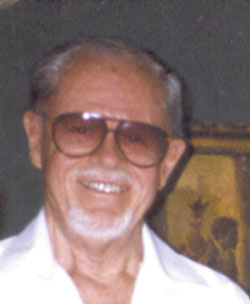 Paraphrasing Shakespeare, I come not to re-bury the late Jim Tuck, but to praise him. My reasons are two-fold: his books The Holy War in Los Altos and John Reed and Pancho Villa.

With regard to the first, I have rarely read non-fiction that had all the ingredients of excellent fiction: great drama, wonderfully vivid characters, a momentous time in history, and a stirring resolution which quickens the heart, and satisfies the soul. To give you some idea of the majestic sweep of the book, it might be instructive to quote a bit of the material from its inside jacket.

“Mexico’s Revolution brought a new Constitution in 1917, with repressive measures aimed against the Church. In bastions of Catholicism like the Los Altos area of Jalisco, the escalating enforcement of such laws was met with active resistance that grew into armed revolt.”

Heroes and quislings, intrigues and betrayals, spirituality and machismo... all of these elements came into play during the drama that unfolded in Los Altos—and Jim Tuck captures them in a fast-paced style that provides engrossing reading. Here he has managed to bring to life not only the urgency of historical events, but also the personalities of its participants.

The book bears some resemblance to Graham Green’s classic The Power and the Glory, but where the famed British writer saw only persecution, duplicity and corruption, Jim Tuck also finds irony, humor and a sad condition common to all peoples. Graham Green detested Mexico; it is here obvious that Jim Tuck loved it, though as a doting uncle might a troubled and troublesome young nephew, who for all his past foibles nevertheless has a brilliant future.

I am reminded of a story I once heard about Ireland, a country which, like Mexico, bears many scars. Both have lived under the tyranny of oppressors, both have deep, sometimes strangling roots in the Catholic Church, and both still struggle to overcome the dark shadows of their own negative perceptions about themselves.

Anyway, seems a visitor to Ireland, taking the measure of what some have called “The Fractured Emerald” remarked to his guide that he was at a loss to understand why the country had such a great and wide-spread reputation. Ireland seemed to have little heavy industry, a blighted agricultural system, and nothing by the way of exceptional products. “What do you make here that gives Ireland such a reputation?” the visitor asked. “Ah, we manufacture characters,” the Irish guide replied. “And our exports are among the most colorful in the world.”

The same, I think, can be said about Mexico. This place without its people would surely seem one of God’s more poorly cast productions. And if you think this a truism which might be said about anyplace, I shall simply cite the case of the capital of France. Paris without the Parisians would seem nothing short of God’s own playground.

Jim’s second book, John Reed and Pancho Villa, will be reviewed in our next issue.

(Ed. Note: The late Jim Tuck was for many years one of the Ojo’s very best writers, and these two masterful books are more than ample proof of his wizardry with words. Both books are now out of print but have on occasion been found at the LCS Library.)