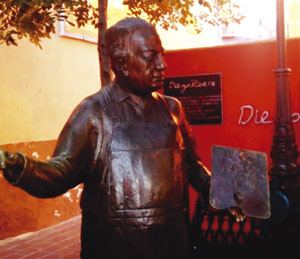 He painted in Mexico City and in the U.S. between 1922 and 1953, and was instrumental in establishing the Mural Movement in Mexican art.

Guanajuato’s Museo Casa Diego Rivera is located in the house where the artist was born, and where he lived until the age of ten, when his family moved to Mexico City.

Living quarters on the ground floor are furnished in period antiques.

The upper floors house a permanent collection of nearly one hundred original works and sketches that span more than forty years.

Rivera was a man of contradictions.

Born into a well-to-do family, he became an ardent Marxist and his politics made him a persona non grata in Guanajuato for much of his life.

Born the son of a Catholic father and a Converso mother whose Jewish ancestors had been forced to convert to Catholicism, he was a lifelong atheist.

A year after his twin brother died at the age of two, Rivera began drawing on the walls of the family house and his parents installed chalkboards and wall canvasses to encourage his talent.

He was already studying art in Mexico City at the age of ten, and continued his studies in Madrid and then in Paris, where he lived and worked among the Montparnasse artists and where his friend Modigliani painted his portrait.  Rivera also traveled extensively through Italy, studying Renaissance frescoes.

His early work embraced the emerging school of Cubist art, but by 1917 he began to adopt a new style that emphasized simple forms and large patches of vivid colors with an Aztec influence.

He painted his first significant mural, “Creation,” at the National Preparatory School in Mexico City in 1921.  During the work he carried a pistol to protect himself from right-wing students.

His murals at the Secretariat of Public Education in Mexico City were painted between 1922 and 1928, and soon afterward he produced works for Cuernavaca’s Cortés Palace.

Rivera arrived in Moscow in 1927 to celebrate the 10th anniversary of the October Revolution.  Also attending was Alfred Barr, later the founding director of New York’s Museum of Modern Art, where a retrospective exhibition of Rivera’s works was held in 1931.

Following his return to Mexico City, he produced a series of murals in the National Palace.

In 1929 he married his third wife, artist Frida Kahlo.  He was 42 and she was 22,  Their mutual infidelities and his violent temper would lead to their divorce in 1939 and remarriage in 1940.

In 1930, after completing a commission for murals in the National School of Agriculture at Chapingo, and the Palace of Cortés in Cuernavaca, Rivera accepted commissions from the City Club of the San Francisco Stock Exchange and from the California School of Fine Art.  The work he produced there is now on display in the Diego Rivera Gallery at the San Francisco Art Institute.

Between 1932 and 1933, Rivera completed the twenty-seven panels of his work “Detroit Industry”, commissioned by Edsel Ford, on the walls of an inner court at the Detroit Institute of Arts.

His 1933 mural “Man at the Crossroads”, commissioned by John D. Rockefeller, was removed from the Rockefeller Center following a furor over its inclusion of the image of Lenin.

When Diego refused to remove it, Rockefeller ordered Rivera to leave and the mural destroyed.  The censorship became a cause celebre among New York’s artistic community.

While Rockefeller detested Rivera’s art for its politics, Edsel Ford saw the art separately from the politics, and was a staunch defender of the artist’s talent even during the McCarthy witch hunts of the 1950s.

The negative publicity over the Rockefeller Center mural, though, lost Rivera a commission for the Chicago World’s Fair.

He returned to the U.S. for the last time in 1940 to paint a ten-panel mural for the Golden Gate International Exposition in San Francisco titled “Pan American Unity”.

The mural and its archives now reside at City College of San Francisco.

There’s plenty more to see on a future visit, but it’s still been a great day trip from San Miguel de Allende. 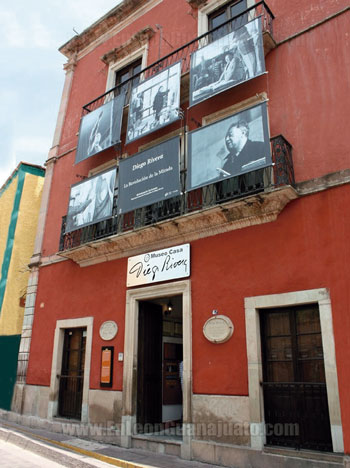 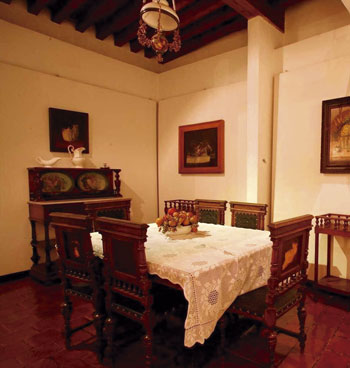 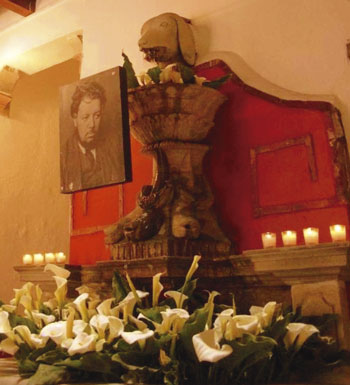 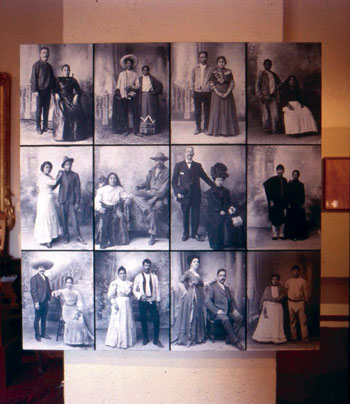 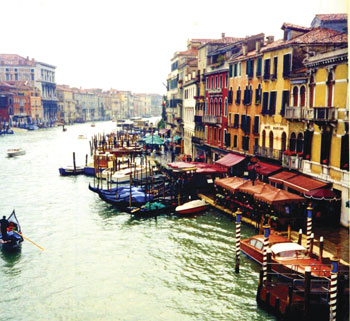