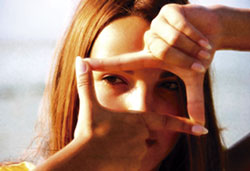 Myra’s husband Paul had been dead nearly a year when a couple young enough to be her children moved into the long-vacant home next door. Throughout the long vacancy, a gardener had faithfully tended their yard, and while Myra often admired the flowers through its wrought-iron fence, she took too much joy from the feel of earth between her fingers to hire a gardener of her own.

Gardening helped to relieve her isolation, for only five homes shared the potholed, cobblestone cerrada just beyond the edge of town. She had wanted to live in the village, but Paul had insisted that they live apart from the Mexicans, and all of the owners on the cerrada were gringos. She had never understood why it mattered, since he spent all of his time with his American buddies at the golf course or a poker table, but still a day rarely passed that he didn’t utter  the mantra, “You can’t trust those people.”

Now that Myra was alone, the prospect of new neighbors was especially welcome, and the next day she dropped by to meet them. They had arrived with no more than would fit into their Jersey-plated SUV, and the house still felt bare. The husband, Sam, was solidly built and barely graying. The wife, Linda, was an attractive blonde who looked ten years younger. They seemed friendly enough, although Sam did most of the talking. Linda hung on his words as if unaware that a woman with her good looks should be the center of his attention.  ‘Mousey’ was the word that popped into Myra’s mind.

While the pair soon greeted Myra daily as she puttered in her flower bed, they were an otherwise quiet couple who never had visitors. When Myra locked herself out of her car the week after they arrived, Sam deftly unlocked it with a tool she’d never seen before.  The new neighbors seemed to be more than she could have hoped for.

A month or so after their move-in, Myra’s house alarm went off after midnight, and her heart was still pounding when Sam, to her surprise, appeared at her door with a revolver in his hand.  Whatever had tripped the alarm was gone by the time he arrived, and while she was grateful for his attention, something in his eyes told her that the weapon was not just for show.

Within days, workers arrived at Sam’s place to tear out the wrought iron fence and build in its place a sturdy wall topped by razor wire and cameras.   Soon Myra began to hear the barking of a big dog behind it. Paul, she knew, would have approved of “fencing the Mexicans out,” but she was disappointed that the flower beds were now hidden.  After the wall went up, Sam and Linda rarely left their house, and Myra saw them even less after delivery meals began arriving daily.

She returned from the market one day to find Sam standing in the street, screaming at a lineman perched on the utility pole overlooking his property.  Myra gathered from his tirade that the lineman had shown suspicious interest in what lay behind the new wall.   Sam’s fists were clenched, and with each word a spray of spittle burst from his contorted face.  Unsettled, Myra hurried into her house, and it crossed her mind for the first time that he might not be just another harmlessly eccentric gringo.

She had seen neither Sam nor Linda for weeks when a pickup truck marked POLICIA pulled up next door.  She watched Linda talk for a long time with the officers through the front gate before they drove off, but when they returned a few days later, they did the talking and stayed only briefly.  Myra’s curiosity was unsatisfied only until the next day, when she read that Sam’s body had been found off the carretera barely a mile away.  He had been shot.

His murder triggered hysteria within the expat community.  This sort of thing was supposed to happen only among locals, and among the gringos it was widely assumed that the shooter was Mexican, perhaps a narco thug. Sales of home security systems and razor wire were suddenly brisk.

Within a week, the expats’ panic was upended when an email link to an article in the Philadelphia Inquirer began circulating among them.  It told of Sam’s connections to U.S. mobsters, and said that he had been wanted for questioning about the disappearance of an ex-girlfriend scheduled to testify against him.  One source claimed that Sam had fled the country with bets placed on a championship prize fight.  After that, no one was surprised when both U.S. and Mexican authorities chalked the shooting up to a mob hit and closed the case.

Myra had not seen Linda since Sam’s death when a few weeks later an airport taxi showed up next door and the taxista began loading luggage.  The new widow appeared, impeccably made up and fashionably dressed.  Myra hurried over to offer condolences.

Linda shrugged.  “He chose the life he lived,” she replied, dry-eyed.

Myra tried not to show her surprise at the widow’s grieflessness as the driver loaded more bags into the trunk.  The taxi continued to settle under their weight.

“You’re moving back to the States?” Myra ventured.

“Not any time soon,” Linda replied quickly, then added, “but I’m going to do some traveling.  A world cruise.”

The taxista slammed the trunk closed, and Linda settled into the back seat.

“A world cruise has always been my if-I-won-the-lottery dream,” Myra said wistfully through the open window.

“Then you’re lucky that Sam left you so well provided for.”

“Far better than he realized,” Linda replied.  As the taxista slipped behind the wheel, she added as in afterthought.  “Sam once told me that a contract hit costs just a thousand dollars in Mexico.

Myra gasped.  “You think that he had a premonition about his death?”

The taxi’s engine sputtered to life.  “I don’t know,” Linda replied as it began to pull away, “but I can tell you that it costs a lot less than he thought.”  In that moment, Myra thought that she saw the hint of a smile on Linda’s face, and as the taxi pulled away she heard Paul’s voice in her head saying, “You can’t trust those people.” 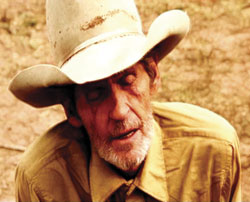