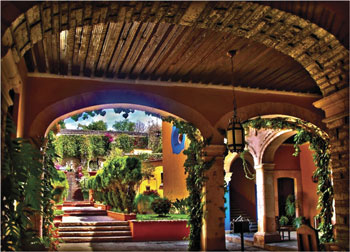 Guanajuato is one of Mexico’s five colonial “silver cities.”

Silver was discovered here in the 1600’s, and within a century Guanajuato had become the largest single source of silver in the world.

Magnificent churches and mansions were built with the riches, and one of those mansions survives today as a museum.

The former Hacienda San Gabriel Barrera, less than three miles from the city center and just off the highway from Irapuato, covers almost five acres.

It was one of several estates owned by Captain Gabriel de la Barrera.

The main house sits among themed, formal gardens, several of which evoke the feel of the Alhambra in Granada, Spain.

The hacienda house was divided into living space, hacienda offices, a chapel, and a  work yard where mined minerals were processed.

The façade has a strong Baroque influence, and the beamed ceilings and handrails are all original.

The altarpiece in the private chapel, covered in gold leaf, once stood in the cathedral of Jaen, Spain.

In Mexico, the word hacienda describes the largest of estates. These were profit-making enterprises that had their origins in land grants made by the Spanish crown to conquistadors and royal officials.

The first was a grant made by the Spanish crown to Hernán Cortés.

Some haciendas were plantations, some were ranches, and others were mines or factories.  Many engaged in more than one of these enterprises.

While most hacienda owners – known as hacendados or patróns – lived in or near their haciendas, many of the largest landholders were absentee owners.

As mortgage holders, the Church’s interests lay with the landholding class, a relationship which eventually left it on the wrong side of Mexican Revolution.

Haciendas are sometimes confused with encomiendas, another type of royal land grant which included the labor of its indigenous population.

These grantholders were responsible for instructing the natives in the Spanish language and Christian faith, and protecting them from warring tribes, in return for which they were entitled to exact labor or other tribute.

While the encomienda technically honored Queen Isabella’s command that natives were “free vassals of the crown” not to be enslaved or displaced, many were forced into hard labor and subjected to corporal punishment or death if they resisted.

Many hacendados were also granted encomiendas, which gave all of their enterprises access to a pool of indigenous labor.

The Hacienda San Gabriel Barrera affords a beautiful setting and unique insight into the lives of the Spanish overlords, but it’s also hard to forget that such prosperity came at a terrible price.  An indigenous Mexican population estimated at twenty-five million persons before the Spanish conquest had, within a century, been reduced by war, disease, and forced labor, and other abuse to a little over one million.

There’s still more to see in Guanajuato, including the boyhood home of twentieth century Mexican muralist Diego Rivera, and the city’s historic center, one of the birthplaces of Mexican independence. 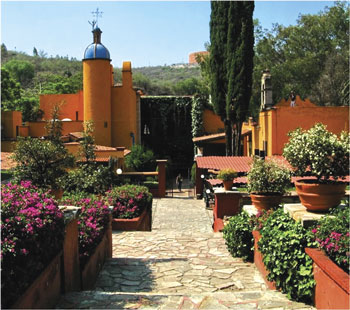 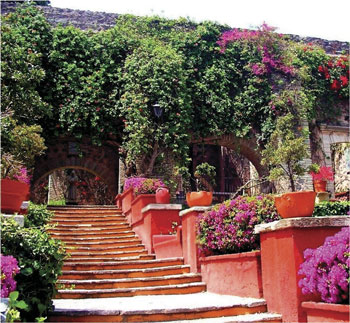 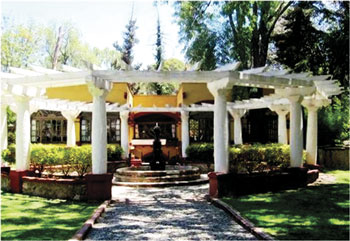 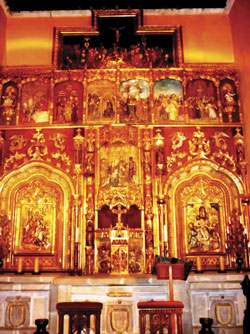 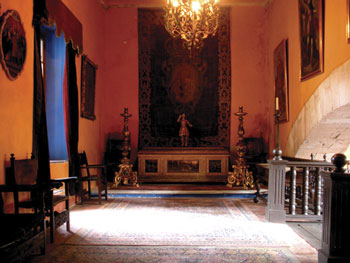 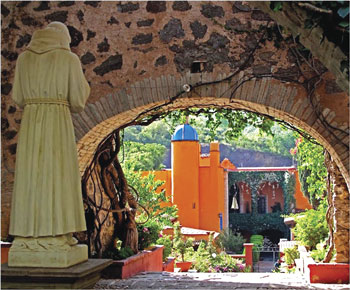