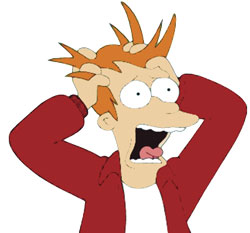 I am here again--in the United States. Each time I have returned I have suffered culture shock in reverse.

Nothing about the United States feels real to me anymore.  This trip, I stay with friends while I have medical check ups.  First we must take me shopping for appropriate food for my crazy diet.  Knowing me, they take me to the Mexican store, where I quickly find the food that I need.  As I pass by the shoppers, I greet them as if I were still in Mexico.  I’m surrounded by Mexican food, Mexican staff, even Mexican music.  But soon, I realize that the shoppers are responding to me as if I am some alien from outer space.

I purchase mostly fresh fruit and vegetables, and nearly drop to the floor from sticker shock.  My hostess tells me I’m lucky I’m not at the “American” market where the prices are much higher!  Ouch!!

But as we drive through this endless urban sprawl, I think back to Lakeside, and already I ache for my return.  It’s less than 24 hours into my trip.  We drive by a gas station, and I have another shock.  Gas at $2/gallon! OK, there I’m  envious.

At the restaurants, again I’m floored by the prices. Ah, Lakeside, we have it so good!  The food, the restaurants, the prices, the service are all preferable to the half hour wait for a table this morning for an expensive breakfast with less food than I get at my favorite breakfast spot. Same breakfast, but I just have never had to pay $10 for a breakfast of eggs, bacon, tea and hash browns before!

My friend is looking for an apartment, so we drive from complex to complex and see what is available.  I again am surprised at how little the dollar will rent. Did I say little? Tiny!  During our time on the road, the inevitable happens, and we both need a bathroom break. We pull into McDonald’s. We walk through to the bathroom first, and are stopped by a code lock on the door. Apparently, to keep out the homeless, they have locked the door, and when a purchase is made at the cash register, you receive the code.  Believe me, $2 pesos for toilet paper in Mexico is much cheaper than this.  And I wonder.  So, they’d rather the homeless just use the street instead of a public rest room?  This isn’t the America I knew.

OK, and speaking of rest rooms, I approach the unmentionable culture shock. I have lived in Mexico for so long, that I look for the wastebasket next to the toilet! To flush or not to flush, that is the question… I really had a shock when in one bathroom, I stood up and the toilet flushed by itself. OK I’ve known about these and seen them in airports, but this one really scared me as if I didn’t leap away from it, it would have taken me down the pipes with everything else. I walked to the sink to wash my hands and the water poured before I even reached for it. Then I approached the paper towels, which suddenly spit forth a scrap of paper towel.  I actually was frightened that the trash can could have hands appear to snatch the paper towel!  Alas, apparently that hasn’t been invented yet!

As we drive the streets, I watch the interaction of the people as I think of my precious Mexico.  I remember the smiles, nods, and greetings.  Suddenly I see a young man reach out and punch the woman with him right in the face!  I’d been in the USA less than 24 hours.  I haven’t seen that in nearly eight years in Mexico!  I’m mortified!

I was too tired to do the next round of shopping. I’ve often told people I was born without the shopping gene.  I really hate to wander around stores and look at merchandise I cannot afford, or just don’t need. I’ve also never understood the shoe thing. I own two pairs of shoes. That is it. Don’t even take me near a shoe store!

But here I sit in the car and watch.  My heart is in Mexico and I envision my neighbors with their morning tienda purchases, carrying their one or two bolsas.  But here, I watch people push heavy carts filled with bags and cases as they unload the cart into their trunk, and their back seats.  Simplicity and proportion fight in my mind.  Can I go home now, please??

People say that Mexico is not quiet. With the bands, music, fireworks, and fiestas. The USA is noisy! The airport with announcements blaring in two languages. There was a television set in the cab! Why would people need a television in a cab; the airport; in stores?  On this, I prefer Mexico.

After living in Mexico full-time for many years, I now find that the United States is lost to me.  Nothing here makes sense to me any longer.  I am a citizen, but the USA is lost.  And it is not just that I left, but I feel as though it has left me. As I look around, as I listen to the news as I read papers I keep asking the same question over and over again.  What has happened to this country? The people, our citizens are basically good people. But to see, experience, and watch, I wonder where the humanity has gone? I wonder where the spirit of welcoming has gone?  The inscription on the Statue of Liberty which once defined us as a country --written by Emma Lazarus: ‘Give me your tired, your poor, Your huddled masses, yearning to breath free, The wretched refuse of your teeming shore, Send these, the homeless, tempest tost to me, I lift my lamp beside the golden door.’

I visualize the Statue of Liberty hanging her head as I do mine.  This is the ultimate culture shock.