He Who Walks Along 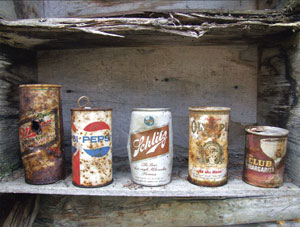 I see him every single day walking  down one side of the carretera or the other. He is always  in motion, with a sort of awkward gait  that is punctuated as he limps as he places his damaged right leg ahead. It seems as though he might have once suffered from a stroke. His right arm dangles loosely from his shoulder.  He carries a bag in his left hand. And he wears an old, oversized sombrero, which flops about each time he takes a step and protects him from the elements. He makes good time as he walks.

His clothes are always clean, so I know he must have a  home somewhere.  But I see him several times a day, always walking. In my mind, I would play out different scenarios about who he is, where he is going, what he is doing. At first I thought he must have some sort of job he was walking to or from. But as his frame became more familiar to me, I realized he probably couldn’t do much labor for his job due to his disabled arm and leg.

As time has gone on, I found myself looking for him along the road. As if my day wouldn’t quite  be complete until I’ve passed by him at least once.  If I don’t see him, I worry that something may have happened to him.

One day I was parked outside of a farmacia, and he walked up, placed his bag outside, went inside the farmacia, then returned, sans purchase.  He then looked into the trash bin, moved things around until he found something and pulled it out. It was a can, which he pulled from the bin as if it was pure treasure.  He carefully placed it into his bag, replaced the lid on the bin and went to investigate the next bin, and he sneered as it didn’t even yield him so much as a soda can.  “So that’s what he does!” I thought.

Now I was brokenhearted.  No more mystery for me. He roams from Chapala to Ajijic and back every day in search of cans to recycle.  That is his work.  This is his  meager contribution to his family’s income, and while I feel sad, I am amazed at the amount of time and effort he spends each day for such little reward.

I watched as he walked further up the street limping on his right leg, with his hat  flopping with each stilted step.  And I make a silent vow, that I will collect the very few cans that we use, and I’ll save them, and I will one day place them near one of his stops.  Hopefully that small gesture will repay the daily pleasure I take in watching him go about his daily task.