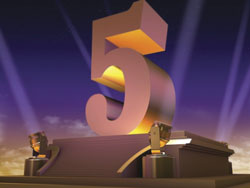 We recently celebrated our fifth anniversary of our arrival in Mexico. While I no longer feel like a “newbie,” my days are filled with learning experiences. My husband and I experienced another “first” just last week. While we were both getting ready for the start of our day, I heard a stream of expletives from our back yard. I’m sure our neighbors heard them as well. A few moments later my husband came inside and said, “I was taking your things off the line and I got stung by a scorpion!” (MY things, makes this my fault?) I was in the process of taking my morning medication, so I handed him two Benadryl and had him take them. I asked if he hurt, and he said, “No it just feels like a bee sting, only a bee sting stops hurting after a minute…this is still stinging.” I noticed he was carrying a plastic container and I asked him what that was. He said “This is Lupe.” “Lupe?” “Yah, I named the scorpion Lupe and then I killed him, he’s here.” Shoving the corpse at me to examine.

Yup, it was a scorpion. A dark one, I was relieved to see, and medium in size. So the three of us, my husband and I and Lupe all traveled to the doctor, who upon seeing the corpse asked if we should get out candles for a service. He examined my husband, asked when he was stung, examined the site (his little finger) and asked questions about his breathing and swallowing. The doctor took his pulse and listened to his lungs and decided a shot would be necessary. Yup, the kind of shot my poor husband had to drop his drawers for—saying that the shot hurt worse than the sting! The doctor kept him for observation for a half hour, then prescribed a medication to be taken twice a day for three days and released us back into the wilds of Mexico.

In our conversation, the doctor did share that the deadliest of scorpions do not reside at Lakeside. There are only two places in Jalisco where they do reside. Sorry, I don’t remember which two, because I go to neither. My husband has now met and conquered his greatest fear. Two days later, I saw something strange in our hallway near our laundry cart. I told him it was either a twisted piece of thread or a scorpion. He bolted from his position of repose, grabbed a slipper and went to investigate. This was indeed a scorpion, it did not rise to the level of a christening, however, as he was slapped viciously by that slipper several times. The Kleenex I handed him to clean up was not enough…THIS one got a double-folded paper towel along with many of those expletives. He was telling it that it was not going to sting his wife or his pets--my knight in shining armor. It was bad enough that one was outside hanging around the laundry line, but to be inside the house was too much to be borne!

Now, a week later, all is peaceful. Except now, before removing the clothes from the line, he takes a stick and hits each article of clothing—just to be sure. So if you see someone in their back yard looking like they are taking batting practice at the clothesline, fear not. He hasn’t lost his mind… he’s just being cautious.