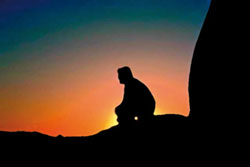 Over the holidays friends of mine had a very disturbing experience. They left for 24 hours to visit with family in a nearby town. Upon returning they discovered their home had been broken into and that all of their computers, televisions and electronics had been stolen.

It was such a shock. With the economy so bad, burglaries have been on the rise. Even increased police patrols haven’t seemed to stop the break-ins. My friend said that she was angry and felt violated, and didn’t even feel safe in her own home. She blamed the police and said they didn’t care. She was so upset that she and her husband began to discuss moving.

Did I tell you my friend lives in Minnesota? She lives in a community the same size as Lakeside. This whole thing sounded familiar. So I went online and started comparing the statistics for crimes. Based on the statistics, in some categories Lakside is running ahead of the curve, but in others we are far below the curve. On average we are equal.

Robberies, assaults, burglaries, and thefts (including auto) as a total ran at 6282 over the previous six years in that Minnesota community. This is a peaceful city--it was awarded the title of “All American City.” I’d lived there once, I felt perfectly safe. Yet there was the truth in black and white.

That got me to thinking about crime here. I don’t believe that crime is worse here, although I do believe there has been an increase in crimes of property because the economy is so bad in Mexico. A poor economy creates higher crime statistics in any country.

As ex-pats, we are in the minority here in Mexico, and I think that makes us feel vulnerable. Anyone feels vulnerable and violated when they or their friends become victims of crime, but perhaps because we are foreigners, and in the minority, and because we sometimes find it difficult to communicate our frustrations and fears, we tend to see crime disproportionately.

The majority of Mexican citizens and the police who work to protect them, are good people doing the best they can with limited resources. We can make ourselves feel safer by being aware. The Mexican government has recently instituted a new crime tip line based on the Crime Stopper model. Dial 01-800-839-1416. The call is anonymously routed to a bilingual operator in Canada, and the call cannot be traced. If you see a crime, or are suspicious of some wrongdoing, report it. If you are a victim of crime, file a report with the Ministrio Publico. Become familiar with the system and how it works. Know emergency telephone numbers, and practice “situational awareness” to protect yourself. Situational awareness means paying attention to what goes on around you. New neighbors with a lot of strangers going in and out constantly? Could be innocent, or it might not be. Alert the tip line and let the authorities check it out.

Know your safety areas. Sometimes we get caught up in the charm and pleasantries of life here, and forget to be diligent. Don’t leave your wallet or purse unattended, don’t wear flashy jewelry, carry only the amount of cash you need for your day. Learn to be careful--not afraid.

Here at Lakeside those responsible for the latest burglaries have been caught. The police are doing their job. Stay aware, and enjoy your life at Lakeside, it is a wonderful place to live. I remind myself that crime is a fact of life, both in Mexico, and a sleepy little “All American” town in Minnesota.