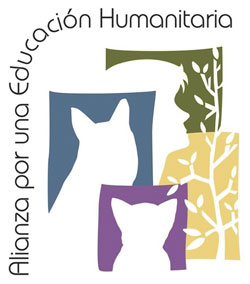 Do you, or have you had a dog or cat or other animal that has contributed great pleasure and meaning to your life over many years? Does it pain you to see starving animals on the streets of Lakeside or animals tied out in the sun all day with no water, or many of the other abuses visible in our daily lives?  YOU have the power to change that from happening from now on.

The Humane Education Alliance is conducting educational programs in all 51 (if we have the resources) Lakeside elementary schools for 7 to 11 year olds.  We are teaching the children to care for the environment, animals we share the world with and each other (for example, bullying is wrong).

So far we have done 11 schools, with another 12 planned for the coming school year.  We are getting a wonderful response from the children and their teachers.  These children are going to grow up with a totally different attitude and appreciation...and they will pass their new awareness on to their families and communities and eventually their children.

If you would like to help us to change the culture and end the cruelty and suffering we see all around us with your financial support (bequests or current gifts), please contact John Marshall at 766-1170.  Together we can and will change the world...and in doing so you will honor the animal(s) that have been making such a difference in your life, as well as making the Mexico we all love truly Paradise for all God’s creatures.