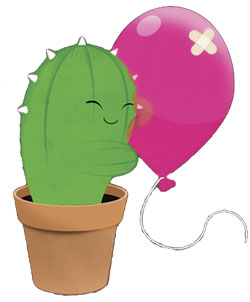 What can be more humorous than real people? To illustrate: “A Jacksonville, Florida woman recently had to summon emergency help after dragging her husband down the street behind their pickup truck. Chief Petty Officer Roman Styles, U.S. Coast Guard Station Jacksonville, was treated and released with a slight concussion and scrapes and bruises.

It seems that Styles decided to repair damaged shingles on his house himself, instead of paying a contractor to do it. Prior to climbing up on his steep roof, Officer Styles tied a safety rope to the trailer hitch of his truck. Once on the peak of his roof he secured the other end of the line around his waist. He then slid over the top of the roof to repair the shingles.

As luck would have it, right after he started to work his teenage son called for a ride home from a Boy Scout trip. Jane Styles yelled to her husband she’d be right back and pulled away. “I didn’t see the rope,” Mrs. Styles said, “until I saw it in the rear-view mirror. By then I was half-way down the street.

Bill Schlimm, a next door neighbor, said, “I’ll never forget the look on Roman’s face as he came sailing over the peak of that house. If it hadn’t been for that tall cedar tree he would have been really hurt.” Isn’t this a perfect example of everyone making what appears to be an intelligent decision, only to result in yet another of life’s wry absurdities?

Such incidents happen to all of us: On my first job interview, I intended to present myself as hip, slick, and cool. Rather than sit in the delicate chair provided for the interview, I decided to settle on its arm, appearing nonchalant, despite facing the intentionally intimidating desk, behind which sat Mr. Big. Well, my weight threw the chair off balance and I landed right on my, er, right on the floor, with a resounding thwack, legs akimbo, the chair on my chest.

I’m the type who thinks the great outdoors is the distance between my front door and the car. So what am I doing in Taos, New Mexico, where it’s still sometimes snowing at the beginning of May? Simple. I came because my dogs like to run in the snow and there isn’t any in Ajijic. Not that I spoil them, as you know, but I do consider it my responsibility to ensure their happiness. (After reading Shirley Maclaine’s books, one never knows who the dogs used to be, does one?) And probably the annual appeal of snow is that I can come to it, rather than the other way around. Kind of a poor man’s weather control.

Taos is a Mecca for artists and writers, which brings me to D.H. Lawrence. No matter where I go, he lived there and he wrote something there. For instance, he, too, lived in New York, and Los Angeles. I moved to Ajijic, only to find he once lived in Chapala at Calle Zaragoza #4 where he began writing The Plumed Serpent (completed in Oaxaca). Now, wonder of wonders, he also lived here in Taos in, not one, but two places: The Laughing Horse Inn (where he “plotted the next issue of the maverick “Laughing Horse” magazine, with Spud Johnson), as well as The D.H Lawrence Ranch between Taos and Red River, where he wrote, among other things, A Cow Named Susan.” He sought primitive communities still relatively unspoiled by industrialism. His nomadic feet could probably tell even better stories than those told by his educated other parts.

I should travel to all of his homes world-wide, maybe I’ll run into “Mr.Chatterly” of Lady Chatterly’s Lover. Or should I hold out for that sexy gardener?