As I sit here to prepare this month’s column, the media is afire with the controversy surrounding the construction of a “mosque” at the ground zero site in lower Manhattan. I do not intend to jump into the political debate, for this column is not about politics; it is about clear thinking. Unfortunately, this is a very good example of weak thinking.

The American public is often misinformed about reality. A Pew Research survey conducted in August finds that 20% of Americans actually believe President Obama is a Muslim. A similar number believe he was not even born in the United States. Therefore, it’s not surprising that many people believe that what is proposed, in this case, is an actual mosque, and that it will be built on the actual World Trade Center site.

In fact, the proposed Cordoba Center is a multi-story community center to include an auditorium, theater, swimming pool, basketball court, culinary school, child-care center, and a prayer space. It is not what we normally imagine as a mosque. It will not have minarets or even look like a mosque. It is being built several blocks from the World trade center site because New York Muslims have lived and worked in this neighborhood for many years.

Why has this turned into such a firestorm? It started as a campaign launched by Pamela Geller, a right-wing anti-Muslim blogger, and founder of the group: “Stop the Islamization of America.” It has been misrepresented since Geller’s public opposition took root across the country and has been fueled by inaccurate media stories and by fear-mongering politicians. Of course, the 9-11 terrorist attacks traumatized the United States, and of course this is an emotional issue. But what is needed is thoughtful dialogue, based on facts, not demagoguery and fear-mongering.

Perhaps, by the time this is published in October, some compromise will have been reached to satisfy the media and public opinion by stopping or moving the construction of this center. But this entire controversy, in my view, is a perfect example of the kind of weak thinking which afflicts the contemporary American culture.

Far too often, people are willing to believe things which are demonstrably not true. The reason, I think, is that it is simply easier to believe an oversimplified version of the truth. It’s easier to hate the idea that a group of jihadist Muslims would have the chutzpa to build a mosque at Ground Zero than to look at the more complicated truth. It’s easier to believe demagoguery on print and on television, than to conduct your own research and reach your own conclusions.

To be fair, much of the problem lies with our ubiquitous, often-biased, electronic media, who monopolize our cultural space with controversy. Cable news loves controversy because it guarantees viewers. Unfortunately, the result is often an angry, misinformed public. Remember the rush to judge Richard Jewell as the Atlanta bomber? Remember how all the Muslims in Oklahoma City were rounded up after the bombing of the Murrah Federal Building? And remember the rush to blame Sadaam Hussein for the 9-11 attacks and find his WMD’s in the Iraq War? What we see and read in the media is often wrong, and often designed to appeal to a certain segment of voters: Conservatives by FOX News, liberals by MSNBC. To find the truth, we have to look hard, and look beneath the easy-to-find headlines.

The truth about the so-called “Mosque at Ground Zero” is much more gray and complicated that we have been led to believe. It’s up to us to use our critical thinking to see beyond the claims of demagoguery. 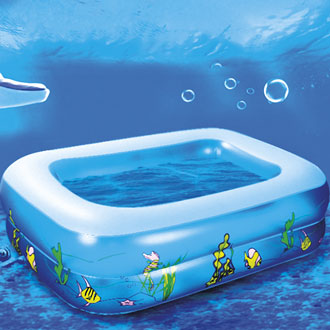