"Hug somebody today, somebody along life’s way…." 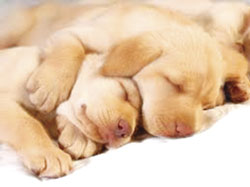 I just read in a recent This Week magazine that there is a new Web app that helps you find a stranger “who will engage in no-strings-attached cuddling.” This is not about casual sex (although those apps exist as well we are told) but about finding people, often within walking distance of your house, who want to “hug, snuggle, or ‘spoon.’” The app even allows users to “rate the resulting cuddle and specify whether they prefer to be ‘big spoon’ or ‘little spoon.’” That simple old need to be hugged, even by strangers, now surfaces again, this time through our sophisticated electronic devices.

Leo Buscalia, author of Love, is a personal favorite of mine. Sometimes referred to as “Dr. Love,” for years Leo was the foremost promoter of hugs. Leo liked to say “life is a banquet…but most poor fools are starving to death” for lack of touch, for lack of hugs. To the people rushing up to him after a lecture, he would often say, “You have to choose…do you want an autograph or a hug?” (Almost everyone chose a hug.)

I think the world could use at least a few million Leo Buscalias right now. His solutions to life were simple: “Too often we underestimate the power of a touch, a smile, a kind word, a listening ear, an honest compliment, or the smallest act of caring, all of which have the potential to turn a life around.” He also cautions us that “Death…tells us not to waste time…. It tells us to tell each other right now that we love each other.”

Decades ago I taught a two-day workshop on poetry at Interlochen Arts Academy in Michigan as in in-service workshop for elementary school teachers. Most of the participants were women, most were at least middle-age, some near the end of their careers. At the end of the second day all felt very close after so many hours of sharing their feelings through uncomplicated poetry. During our final hour, I introduced them to the idea of “sacred sounds,” and I taught them several Sanskrit chants from ancient India which we then did together. I was surprised at how open and even eager all had become during our two days together.

In the final hour we formed a circle, all fifteen of us, and joined our hands together. We began moving first clockwise and then counterclockwise as we chanted to a beautiful melody the ancient song of India, “Shree Ram, jai Ram, jai jai Ram,” which simplistically means “Praise God, praise God, praise praise God.” Ram, incidentally, is only one of various embodiments of deity, but a very important one associated with God energies here on earth. (Gandhi, after he is shot, falls to the ground uttering the word “Ram.”)

And so for perhaps fifteen or twenty minutes we were mesmerized or awakened by this peaceful dance we did together, holding hands. Finally I parted hands with the person on my left and while still holding the hand of the person on my right I began turning inward, around and around, until the former circle had wound around me into a tight ball, everyone still singing. Another five or ten minutes passed before we somewhat reluctantly pulled apart to return to our individual selves.

One of the teachers, a woman named Ethel, near retirement age—we had discovered the previous day she was a widow--was crying her heart out.

I walked over to her and asked, “Ethel…what is the matter…are you OK.”

Through her tears she blurted out, “That was the first time I have been hugged in ten years.”