Has the Enlightenment Faded?

As we all know, the eighteenth century was a time of great progress and hope.  The era we now call the Enlightenment was a time of revolution in many respects. The medieval order in Europe, dominated by religious thinkers and tremendous violence, seemed to be coming to an end. In North America, colonials were founding the first modern democracy based on the theories of John Locke, given form in The Declaration of Independence and the US Constitution.

In France, Montesque was advocating a government based on the separation of powers and Voltaire, along with other philosophers, was promoting freedom of thought and expression and religious freedom. Mary Wollstonecraft was laying the groundwork for Women’s equality with her seminal work, A Vindication of the Rights of Women. The development of revolutionary technology was beginning to revolutionize agriculture and manufacturing. For the first time, the concept of “progress” took on a moral dimension, promising a better world for humankind. The stage was set for the Industrial Revolution and a previously unimaginable prosperity and security.

What happened? Well, in many respects, we have achieved many of the enlightenment ideals. The US and Europe have developed enduring democracies.  We have made tremendous advances in medical technology and public health and have improved the quality of life and lifespan of humans around the earth.  We have established political systems that have institutionalized freedom of religion and expression.

And yet, when we look around the world at the suffering and violence, it seems as though we are still fighting the medieval battles in terms of religious coercion, subjugation of women, and even the spread of disease, starvation, and poverty.

Chris Hedges has pointed out that no utopian system has ever been successful in the long run, and many have ended in violence, intolerance, and utter failure. I think he’s right. Just consider some recent ones: the Nazi plan to purify the gene pool, the communist workers’ utopia, and the Islamic Jihadists. All promised a so-called utopian society, yet brought failure, bloodshed and cynicism.

Those of us who have put our faith in the idea of science and rational thought, although we may not have considered it, were, in a sense, visualizing a utopian vision. After all, if we could get people to abandon superstition and religion and embrace the scientific method, critical thinking, and rational assessment, couldn’t we create a more perfect society?  The problem with utopian thinking is that it does not take into account the fact that humans are fallible and imperfect. They will act in their own self interest rather than in altruism. They will go after short-term solutions even if they compromise their long-term goals.

It is obvious that the infrastructure of science and technology have been co-opted by a corporate culture which uses it to maximize profits, often at the expense of human suffering. So now we have gross inequality, insufficient food and medicine in many areas, and girls and women being mistreated in the name of religion around the globe. The enlightenment ideal of human progress cannot be realized with science and technology alone. Scientists do not speak in a language that addresses morality; they focus on means, not ethical ends. We can throw out religion, but, as the Dalai Lama points out, human welfare lies within ourselves. We cannot find it in money or technology. We must, in the end, work to uphold the enlightenment ideals in our own lives, practicing love and compassion. 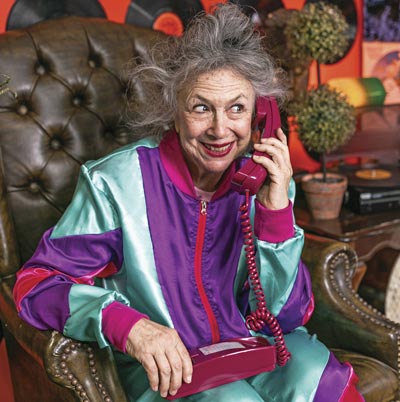