Aura, Ghosts and Such 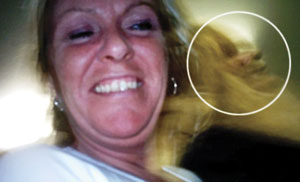 A friend of mine believes in auras. I have never seen this ghostly glow and therefore don’t know if auras exist. At the same time, I’m aware that my friend does see them. She calls the glows ‘energy fields’ and tells me that everyone has an aura, and anyone can see an aura if they try. She has observed mine. The auras she sees are clear, see-through emanations occasionally tinged with blue.

Over the years I have also known three people who profess to having seen a ghost. One is my mother who told me she saw a ghost while walking in a forest in Germany where she was born. I have a son-in-law who tells me that when entering the United States for the first time, a ghost appeared in his New York hotel room. My third ghost observer is a friend who came across a ghost while living in the Philippines. Because I’ve never seen a ghost, I doubt they exist, but I also believe anything is possible—even the impossible.

Why do I believe this? The scientific world has recently arrived at the same conclusion – the impossible is possible because of experiments at the CERN accelerator on the Swiss-French border, where miniscule particles have been zapped around a sixteen mile underground track at a velocity close to the speed of light. For an idea of a particle’s size, an atom is to an orange as an orange is to the Earth. This infinitesimally small particle’s world doesn’t play by the same rules as larger objects. In this strange world an object can be in two places at once. Most people consider this to be impossible, but it’s true.

When I was growing up in Michigan, when we couldn’t play outside we sometimes played a popular indoor game imported from Britain called “Rise Table Rise.” The game consisted of three people sitting around a card table, leaving the fourth side of the table open. We began by rubbing our shoes on the carpeting supposedly to cause friction, spreading our hands out on the table so that finger tips touched, then after much giggling, serious pleading with the spirit of the table to enter the room, instructing it to rise once for a ‘yes’, twice for a ‘no’. We asked the table questions and it would respond with the free end bouncing up and down, sometimes furiously. The table would bounce of its own accord; no one was manipulating it.

Many readers won’t believe the following, but it happened. My father, who scoffed at many things, sat down one day and played the game with us. Everyone else in his original family had died at an early age. My dad asked the table how old he would be when he left this world. The table began a frenzy of bouncing: up-down, up-down eighty times. It was amazing. My dad lived to be almost 80 years old. Coincidence? Who knows?

I could go on, relating two surprisingly accurate visits with “fortune tellers” when I was a teenager. In college my roommate and I played the Ouija board for hours. I have a friend at Lakeside who believes in ancient aliens, two friends who believe in flying saucers, another who believes in haunted houses. Then there are poltergeists, séances (wouldn’t that be a kick!), extrasensory perception (ESP), precognition, doppelgangers – the list goes on, so many weird goings-on in the world of the supernatural, the paranormal and the occult. Fun? I think so. 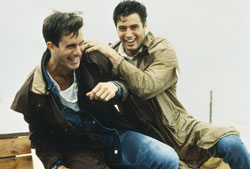