By Robert Kleffel and Noemí Paz 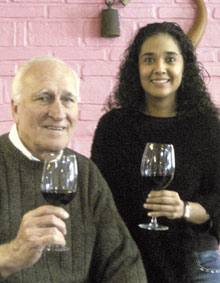 There is something very special about the first sip of a great wine from Bordeaux. The history of this wine growing area goes back to Roman times. Bordeaux wine production seems to have begun sometime after 43 AD, when César’s Legions conquered most of Europe, during the Roman occupation of Gaul, when the Romans established vineyards to cultivate wine for the soldiers. However, it is only in 71 AD that Pliny the Elder recorded the first real evidence of vineyards in Bordeaux.

Although domestically popular, French wine was seldom exported, as the areas covered by vineyards and the volume of wine produced was low. In the 12th century however, the popularity of Bordeaux wines increased dramatically following the marriage of Henry Plantagenet and Aliénord’Aquitaine. In what may have been one of the largest dowries ever given, the marriage made the province of Aquitaine, English territory, and henceforth the majority of Bordeaux wine was exported in exchange for other goods. Upon the ascension of their son, Richard, to the English throne, Bordeaux became the base for Richard’s French operations.

For those of you who read great English literature, you will recall that many an Englishman enjoyed his “claret.” Claret is an old-fashioned wine term whose roots go back to the British wine trade of the 1600s. Clarets of the day were decent-quality red wines from Bordeaux, shipped in casks to British wine merchants, who bottled them under their own labels.

The export of Bordeaux was effectively halted by the outbreak of The Hundred Years’ War between France and England in 1337 followed by the outbreak of the Black Death which ravaged the area. By the end of the conflict in 1453 France had repossessed the province, thus taking control of wine production in the region.

In 1725, the spread of vineyards throughout Bordeaux was so vast that it was divided into specific areas so that the consumer could tell exactly where each wine was from. The collection of districts was known as the Vignoble de Bordeaux, and bottles were labeled with both the region and the area from which they originated. In 1855, a classification system was set up that ranked the top chateaus of the Médoc according to their market price.

The great Bordeaux are “ROUND” with exceptional “BALANCE”;  that is, all of the sensory characteristics are in near-perfect harmony.  Nothing dominates and there are absolutely no sharp edges.  While Red Bordeaux is primarily Cabernet Sauvignon, many Chateaus (producers) will blend up to 30 (+ /-) percent of some ratio of Merlot and Cabernet Franc.  These grapes tend to help balance the wine and reduce “TANNIN.”  Bordeaux are lighter “BODIED” and more “ELEGANT” than California Cabernet Sauvignon.  It’s a matter of taste …and your mood.

Here are some great Bordeaux Reds to try:

I had to try it, with pasta and red sauce, tonight for dinner. I was only going to have one glass, but we finished it off.

Noemí Paz: This email address is being protected from spambots. You need JavaScript enabled to view it.

Robert Kleffel: This email address is being protected from spambots. You need JavaScript enabled to view it. 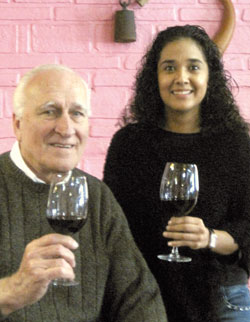 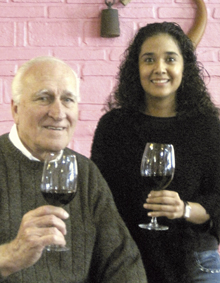