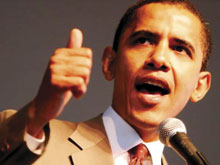 This election should alarm us into urgency. The alternative to the incumbent, according to top economists, is “disaster.” Obama is educated in scientific economics and Romney is a wealthy beneficiary of “supply-side,” or “trickle-down economics.” The first Bush called it “voodoo economics.” Romney is a “job creator” in America by keeping his money hidden in Swiss banks. That’s real voodoo.

Obama’s economics builds the middle class. Romney’s economics redistributes wealth from the middle class to the very top, thereby turning us into a banana republic. The contrast in economic policies compels our civic duty in an election that Republicans are trying to steal.

Congressman John Lewis (D-Georgia), who suffered a concussion and carries scars from the beatings of the Civil Rights Movement, said, “Today it is unbelievable that there are Republican officials still trying to stop some people from voting. The Republican leader in the Pennsylvania House even bragged that his state’s new voter ID law is ‘gonna allow Governor Romney to win the state.’ That’s not right. That’s not fair. That’s not just. Too many people struggled, suffered and died to make it possible for every American to exercise the right to vote.”

The Democrats made it plain they support the right of women to choose and to have access to contraception. Romney says he wants to overturn Roe v. Wade. He doesn’t understand abortion is never a decision made lightly. In an insult to working women, Romney repeatedly refuses to say he supports the Lilly Ledbetter Fair Pay Act. Romney declined to censure Rush Limbaugh when he called Sandra Fluke a “slut” and “prostitute.” Romney said he would have used “different words.” “Whore,” maybe?

Obama appointed women to the US Supreme Court, a Jew and a Hispanic. This represents not only gender equality, but the diversity of America. Conservative judges appointed by Republicans are partisan rather than judicial, and made the disastrous decision of appointing Bush as president and more recently ruled in Citizens United for the corruption of our elections. Judicial appointments are powerful reason to vote for Obama in order to resurrect the blindfolded lady holding the balance scales.

Foreign policy in the Bush years was based on lies and insults to allies such as France and Germany. Romney has 17 neo-con foreign policy advisors who served Bush and Cheney. He supports their imperialistic aggression. Generals warn that an attack on Iran would be disastrous in American lives and treasure because Iran will not be easy to defeat. Iran will block the shipment of oil through the Strait of Hormuz and we will be in big trouble. The Chairman of the Joint Chiefs said that an Israeli strike against Iran would be ineffective and “I don’t want to be complicit if the Israelis choose to do it.” Obama practices diplomacy and sees war as a last resort. Romney said, “Obama has thrown Israel under the bus.” Sheldon Adelson’s $billions have created a talking Zionist puppet named Romney.

Republicans harmed America by blocking the Jobs Bill and almost everything else. It’s unpatriotic, on top of which Romney refused to thank and recognize our troops who are still in dangerous combat. His explanation was that he wanted to discuss things that are “important.”

Even though Republicans have tried to put government in shameful gridlock, Obama has accomplished much, including legislation for women and the Affordable Health Care Act that people will increasingly love as all its provisions come into effect.

President Obama ended the war in Iraq. He rescued the American Automobile industry, saving countless jobs, while Romney said, “Let them go bankrupt.” President Obama’s Stimulus Bill saved America from another Great Depression. He brought bin Laden to justice. There’s a list that shows over 200 major accomplishments, including protection and hope for children of undocumented workers who know only America.

Character counts. Romney’s a pathological liar. As one example, Robert Scheer said, “Romney is an unmitigated liar unrestrained by any moral or logical standard. . . .” John Kerry noted a list of reverses Romney has made in his positions, and quipped, “Talk about a flip-flopper!” Kerry said, “Before Romney can debate Obama, he needs to finish the debate with himself.” Fox News – imagine that! – even Fox News declared that Paul Ryan’s acceptance speech was “. . . an apparent attempt to set the world record for the greatest number of blatant lies.”

Love of country calls us to vote for President Obama and a Democratic straight-ticket in order to save the middle class and to save our democratically elected government from further Republican subversion. And unlike Romney, Obama doesn’t insult friends such as the British. 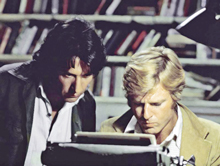