THE HEAVENS FOR MY ROOF, THE EARTH FOR MY BED 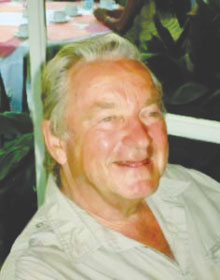 There were six Boy Scouts in the tent: Dan, Gerald, Ralph, Jim Tipton, the future poet and “Man Who Fell in Love with Everything,” and myself.  Later in the week, another boy named Jim arrived, an irascible character that always seemed to get into fights wherever he went. We were twelve years old, and we were at Camp Avery Hand in the rolling hills of Ohio for one week.

In many ways, it was a great week, a great adventure. There was a pet fox squirrel that lived in a tree at the bottom of the hill where our tent was pitched, who would visit us every day expecting handouts. There was the time ants got into the delicious cake my mother had brought us on parents’ night. We gobbled down the cake anyway, ants and all. One dark night, the tail end of a hurricane that had come rampaging up the Atlantic coast struck our region with such a maelstrom of wind, rain, thunder and lightening that we expected our tent to collapse at any moment.

For most of us, growing up in our tiny Midwestern town where everyone looked, acted and thought alike, it was our first opportunity to get to know a black man. His name was Willie, and he was a soldier in the army reserves, as well as the scoutmaster of a troop in nearby Mansfield, Ohio. We were at first intrigued by Willie. In a short time, we came to admire him. He was a great teacher and scout leader.

We learned many wilderness and survival techniques that week, many of them from Willie, things like orienteering, which wild plants were edible and which poisonous, how to build a fire from wet wood with a single blue-headed “farmer’s match”, basic first-aid.  Toward the end, we were shown how to make ground beds from pine boughs, a simple enough chore. Large limbs cut from dead trees were used for the frame, which was then filled with pine boughs. Shallow depressions were dug into the ground to correspond to the sleeper’s hip and shoulder, should he decide to sleep on his side.

Jim and I were quite proud of our ground beds and resolved to sleep out under the stars that night. I was to go on a family vacation to Lake Erie the following week. I was assured by the rest of our peers that sleeping outside in the night air would cause the two of us to get sick, that I would ruin my vacation. I remember one boy looking at me with deep concern and telling me that I was being a fool.  I was astonished then, as I am today, with the number of people who have never heard of the germ theory of disease, that in the 1600’s the father of microscopy Anton van Leeuwenhoek, peering through his primitive lens, observed creatures he called “little beasties” swarming about in a drop of water, that Robert Koch and Louis Pasteur learned some of the little beasties can make people sick, that the use of antiseptics, immunization and pasteurization will render them harmless.

Recalcitrant to the end, we spent the night beneath the canopy of stars that dotted the vastness of the crystalline heavens. I remember that I slept well. The Big Dipper and Little Dipper wheeled overhead, as Cassiopeia gazed vainly into her mirror and sex-crazed Orion pursued the hapless Pleiedes across the spangled void. I did not get sick.

On the final night of camp--a dark rainy night—all of us were led out into the woods, where a series of ten campfires had been kindled. Each of us was instructed to gather ten small stones.  We were told to be completely honest with ourselves, to walk alone through the blackened woods, past each campfire, which stood for the ten points of the Boy Scout Law. If we felt in our heart of hearts that we had lived up to a given point of the Law, we were to cast one of our stones into the fire. We were to be completely alone, with our consciences and with our Creator.

At the end, we were all told to stand in a long line with our backs to the towering hardwoods behind us and cast all of our leftover stones off into the treetops. There was quite a clatter of stones hitting the treetops. I no longer remember what offenses against God or the Scout Law I believed myself to have been guilty of at the time, but I do know that I tossed a fistful of stones off into the darkness.

What I remember most about that week at Boy Scout camp was the first night in my young life when I had nothing but the star-studded heavens for my roof and the earth itself for my bed.  There have been many times since.