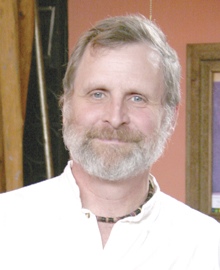 I am certain that many of you are familiar with Winston Churchill’s famous quote, “It has been said that democracy is the worst form of government except all the others that have been tried.” We’ve all gotten a laugh out of that line, and probably nodded our heads and admitted, somewhat ruefully, that wise old Winston was correct. We may become frustrated with the endless debating, phony posturing, and seemingly permanent election cycles. Yet, we somehow stumble along, and our democratic republics seem to endure and sometimes thrive.

I read in the paper this morning that the wise former Senate Majority Leader from Maine, George Mitchell, stated that divisive partisanship in Washington today is “the worst it’s ever been.”  Most would agree that, whether it’s the worst ever, it has almost paralyzed the US government and made it almost incapable of making tough budget decisions. And it’s not limited to the United States; across Europe dissatisfaction with political leaders is rampant as governments struggle to hold the European Union together.

In The Republic, Plato argued that democracy could not work because people would predictably vote for their own self interest, often in direct contrast with wise policies for the community as a whole. Plato advocated government by a group of “guardians” who would strip themselves of all property and live simply as the decision-makers of the state. They would presumably be able to make decisions for the good of the whole because they would have no personal bias. We could argue that this system might not be practical, but he was accurate in identifying democracy’s basic flaw. For a democracy to work well, citizens must be well informed and willing to support policies which need to be made for the good of the state, even if it goes against their personal interests.

I think the western democracies are in crisis at the moment. Many states have constructed, at the behest of its people, elaborate social support policies (medical insurance, unemployment insurance, housing support, student loans, pensions, etc.) which are no longer sustainable. Yet, the citizenry has grown accustomed to expecting the government to provide these benefits. They are, not surprisingly, unwilling to give up some of these benefits or even pay higher taxes to support them. The politicians, who face reelection, are little help. They are unwilling to support unpopular cuts and tax increases, so the problems continue to grow. Corporations, which finance virtually all political campaigns, make the situation worse by pressuring the politicians to vote in ways which support their self interests.

In addition to this, young people are turning to more decentralized forms of organization, enhanced by the growth of the Internet.  Across the Arab world, they have brought down long-standing dictatorships using Facebook and Twitter to organize. Wikileaks has revealed information that states have traditionally kept secret.  Many young people across the globe are so frustrated with traditional politicians and corrupt politics that they have supported more decentralized, people-oriented anarchistic movements. We have seen this in the protests against the WTO and in the Occupy movements across the globe.

This crisis has been brewing for a long time and has been accelerated by the world-wide economic crisis, but how will it be resolved? Will democratic institutions be able to adapt and solve problems again? Will citizens be able to trust their leaders to act in their best interest or will we continue to slide into an oligarchy controlled by wealthy corporations and billionaires?