The Only Prayer Remaining 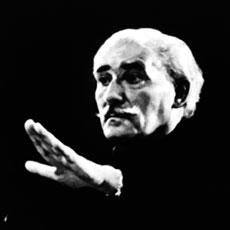 Italian musician Arturo Toscanini was one of the most acclaimed conductors of modern times. At various times he directed La Scala (Milan), the Metropolitan Opera (New York), the New York Philharmonic Orchestra, and the NBC Symphony Orchestra.

I have in recent months been writing about walking and also about presence, that energy we sometimes witness in others and even in ourselves that exists before a single word is uttered. One music critic wrote of Toscanini: “He brings a charge of electricity into the hall that cannot and does not enter in at any other time. If only certain persons felt this galvanization of the atmosphere one might be accused of romanticism or hero worship for mentioning it. But everybody feels it.”

Paramahansa Yogananda, who introduced Kriya Yoga—the yoga of action—and meditation practices to tens of thousands of people in the thirties and forties, and through his Autobiography of a Yogi and his disciples such as Roy Eugene Davis continues to strongly influence us today, encouraged us to live every moment with intention, to be totally conscious and in control of every movement we make, every tone of voice, every thought, every feeling so that everything about us is in alignment with our primary purpose, to consciously realize God inside of us and in this life. These extremely subtle energies go far beyond the physical world and certainly the gifted conductor Toscanini understood these energies.

Even on a much more worldly level, the successful military commander leads his troops into battle with a similar clear intention, totally conscious and in control of every movement he makes. I think of what confidence Napoleon must have expressed in his walk--in the presence his walk demonstrated--when, having been imprisoned by the emperor of France, he escaped from Elba, the island of exile, returned to the mainland alone and on foot, where he shortly confronted the massive array of French troops sent out to capture him. Below average in height, with thin legs and thick torso, hardly the public’s image of a dashing hero, he strode boldly up to the French officers, spoke with them…and the result? Those troops became his new army, ready to march against the very emperor who had sent them forth to capture him!

Ralph Waldo Emerson in his essay Napoleon; Man of the World writes that “Having decided what was to be done, he did that with might and main. He put out all his strength. He risked every thing and spared nothing, neither ammunition, nor money, nor troops, nor generals, nor himself.” Earlier in the same essay Emerson writes that “As he is, he inspires confidence and vigor by the extraordinary unity of his action.” Well, enough said. This column perhaps concludes these months of ramblings about walking and presence. It is time for all of us to throw away the words and to rediscover the earth under our feet…and thereby to rediscover our own presence far deeper than words. It is time for all of us to take a stand in the moment.

Years ago I wrote a poem titled “The Giant Alphabet” that concludes with these lines: The heart in loneliness sometimes stumbles

to a high meadow, where in late day

the sun casts its holy luck

over our long history of desire,

where the only prayer remaining

is the one we stand on

and begin again to say.