A Sage for All Seasons 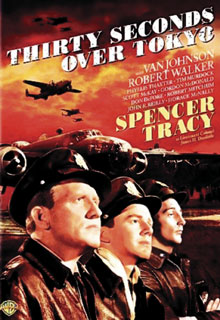 In our January issue, we published a fine Guest Editorial by John Dallas Hicks about the importance of what John called “pathfinders.” Almost all of us can point to people who helped us somewhere along the way. Some served as professional mentors; others as role models. I have been lucky enough to have had several pathfinders, though one of them I never even met.

As a boy, I lost my father when I was ten years old, and thereafter went looking for another role model in many places, including the movie theaters in El Paso, Texas. While still a teenager, I first became aware of the man who would be one of my pathfinders, though not of him specifically but of his work: he had his name on some of the finest movies of the late 30’s and early 40’s, films such as Thirty Seconds Over Tokyo, A Guy Named Joe, Kitty Foyle and Our Vines Have Tender Grapes.

Many years later, as a fledgling screenwriter, I came to know his name, as I pored over copies of some of the scripts to those movies—which had been kindly provided to me by an elderly writer (another mentor) who still worked at the same studio that had produced some of those films.

During the late 30’s and mid-40’s,  the man I write about here was the premier screenwriter in Hollywood, commanding fees that today would translate into several million dollars per script! He had come a long way from a dirt-poor upbringing in a small town in Colorado. But within seven years, he would fall from grace, become a pariah “unemployable” in his beloved profession and eventually serve almost a year in a federal prison.

His “crime” had been the harboring of an idea that the economic theory behind Capitalism—which lay in ruins during most of the time of the Great Depression—might best be replaced by another system of government. In this, he was not alone. Hundreds of American intellectuals and professional economists were grappling with the same question.

Later, during the most perilous days of WWII, he joined the Communist Party—and later refused to admit to that fact, even though it was his privilege as an American to not incriminate himself; (see the Fifth Amendment of the Constitution of the United States), nor have to provide the names of other fellow Communists to the Congressional Committee on Un-American Activities. The Committee, fearful that Communist propaganda was “poisoning” Hollywood, subpoenaed dozens of scripts and movies. Only one of them, Mission to Moscow, could be said to be friendly to Communism—and that movie had been ordered to be produced by the President of the United States!

After his release from prison, now more of an outcast than ever, the writer and his family moved to Mexico, where he continued writing screenplays (under the assumed name, among many, of “Robert Rich”) for a tiny fraction of his former fee. At one point, he was working on eight scripts at the same time, as he tried desperately to keep his family fed, clothed and housed.

But in1953, his fortunes changed abruptly when it was discovered that he had written the Academy-award winning Roman Holiday (with a major star like Gregory Peck, and Audrey Hepburn, who was to soon become one) though he had used the name of a writer friend as a cover. Three short years later, his number came up again when “Robert Rich” (his favorite pseudonym) won an Oscar for The Brave One, a marvelous little motion picture filmed entirely in Mexico.

It was not until 1960, however, that the actor Kirk Douglas finally broke the back of the blacklist by insisting that the writer be billed under his own name for the movie Spartacus. Following hard on the heels of that breakthrough, film producer Otto Preminger openly gave credit to the once-blacklisted writer for the screenplay of Exodus. Then came two other major screenplay credits for Lonely Are the Brave and Papillon—this, the last movie he would ever write.

Dalton Trumbo died a short while later of lung cancer. But through it all, he never lost his jaunty sense of humor or his integrity. He just kept writing as honestly as he knew how, never vilifying those who had caused his earlier ruination; indeed he averred that they were all, the accused as well as the accusers, victims of the 1950’s writers blacklist—which even now, some sixty-five years later, serves as a frightening example of how vile we can become when we forget what the United States of America is all about.

Now, people in every corner of the world will soon find out all about Dalton Trumbo. A movie, Trumbo, has just been released, and Bryan Cranston (of Breaking Bad fame) has been nominated for a Best Actor Oscar. There has never been a major motion picture made about a real-life scriptwriter, though several have been made about, or have mentioned, famous novelists.

Certainly the right screenwriter was chosen to finally honor!

Postscript: In an ironic twist for the ages, while Trumbo was in prison, one of his fellow inmates was none other than J. Parnell Thomas, the former Chairman of the House Committee on Un-American Activities. His crime: Federal Income Tax Evasion.