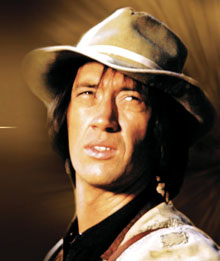 I have, as Theodore Roethke has in his poem “I Knew a Woman,” observed women “lovely in their bones,” who “moved more ways than one”; I have seen women who “moved in circles, and those circles moved.” Decades after reading them, Byron’s classic lines from “Hebrew Melodies” still thrill me: “She walks in beauty, like the night/Of cloudless climes and starry skies,/And all that’s best of dark and bright/Meet in her aspect and her eyes.” The Yoga Journal video, Yoga for Beginners featuring Patricia Walden, begins with Patricia in her incredibly flowing walk over the sand dunes of Death Valley. One of the joys I experience almost daily is observing a woman, or man, move with body grace.

Some years ago a British study proved that African women could outperform British soldiers when carrying heavy loads. The women walked with grace. And they also arrived at their destination breathing more easily than the soldiers. They did this by carrying their loads on top of their heads or with a forehead strap, and then walking with a very unsoldierly “swinging” motion.

The fascination I had in the early seventies with the television series Kung Fu had more to do with watching David Carradine walk than it had to do with Kung Fu and its corresponding eastern philosophy. Curiously, David Carradine himself, although initially acting, years later became what he had been acting (became what he had been walking). His book Spirit of Shaolin is a record of that becoming. When the series ended after sixty-two segments, Carradine writes “I was in superb physical condition and totally shattered emotionally—ripe for rebirth. I assumed that was the end of me and martial arts, but I had underestimated both myself and the spirit of Shaolin.”

A fascinating reference to Kung Fu and the “lightness of walking” appears in Levitation by Steve Richards. Referring to the ability some unusual people possess to make the body lighter or heavier by will (I personally have seen this demonstrated by the Aikido Master, Tom Crum), Richards writes: “Something quite similar is cultivated in China by the masters of kung-fu, where it is called ch’in kung, or light walk.

Michael Minick writes about this in The Wisdom of Kung-Fu. He says that there are several training methods. “In one, the artist walks along the brim of a large jar filled with water. As he learns to maintain his balance, the jar is emptied, a little at a time. After years of work, he can walk easily along the rim of a completely empty jar, without tipping it over.” And, “In another technique, the artist walks over very thin paper which is spread over loose sand. The object is to walk the distance of the paper without leaving footprints. Masters of ch’in kung…. are said to walk on freshly fallen snow without leaving a trace of their steps. “

Many of us who walk, long for this “lightness of being.” Ralph Waldo Emerson, in his funeral address for Henry David Thoreau, writes that Thoreau “could not bear to hear the sound of his own steps, the grit of gravel; and therefore never willingly walked in the road, but in the grass. On mountains and in woods.”

But, these are simply examples of overtly graceful walking. To the careful observer, equal grace can be detected in people where we would least expect it. When I lived in Michigan, the neighbor to the west, a kind and simple farmer named Lester, lived alone with his elderly brother. Lester had had polio as a boy, leaving his right foot completely turned inward so that he had to walk on the outside edge of it. He nevertheless was able to move over his fields and among the trees and birds he loved with more grace than many a ballet aspirant.

And so, the matter of grace is not solely about what everyone would agree to be beautiful movements, but more about doing the best with what we have, with whatever body has been given to us for this incarnation. Years ago I volunteered a tiny bit in the building of Wilderness on Wheels in Colorado, a miles long boardwalk through the mountains where those unable to go hiking in the conventional sense could go, often with their families, on a wilderness jaunt, and even fish or camp out. I loved to watch the joy in their faces as in their wheelchairs they whirled and moved with grace through time and space.

Well, something to ponder. How can we move with more grace through time and space? How we move is, of course, a product of “how we be,” of what we are inside.

See you on the path!