Are All Terrorists Muslims? Not Even Close! 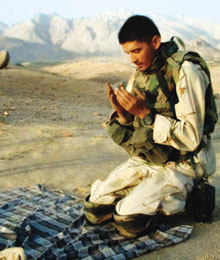 Because of the attacks in Paris, London, and Garland, Texas, there is a misperception that most terror attacks are committed by Muslims. How many times have we heard “Not all Muslims are terrorists, but all terrorists are Muslims” on the Fox entertainment channel. Not long ago Steve Emerson, a self-styled expert on Islamist extremists posted a story on Fox that Birmingham, England, is now closed to non-Muslims. That news came as a surprise to Prime Minister David Cameron and the residents of Birmingham. The Prime Minister said, “I choked on my porridge and thought it must be April’s Fools Day. This guy is clearly a complete idiot.” Mr. Emerson issued an apology. It is true that people who claim to be Muslim have committed horrible acts of terrorism. There have also been acts of terrorism committed by Christians, Jews, and even Buddhists. But the media has failed to report any of them. In fact, the majority of acts of terrorism in the United States and Europe have been committed by people who are not Muslim. An FBI report on terrorism in the United States found that 94 per cent of the attacks between 1980 and 2005 were committed by non-Muslims. And extreme left-wing terrorists accounted for nearly one fourth of them. Since the 9/11 attacks, Muslim-linked terrorism has claimed the lives of 37 Americans, according to a 2014 study by the University of North Carolina. This includes the bombing at the Boston Marathon, the first U.S. fatalities from Muslim- American terrorism since the shooting at Fort Hood in Texas in 2009. During the same period of time, almost 200,000 Americans have been murdered.

But what about Jewish, Buddhist, or Christian terrorists?

In Europe, Europol has reported 84 per cent all of terror attacks have been carried out by ethno-nationalist or separatists. Acts of terror have been committed by Jewish settlers in attacks against Palestinian civilians and the vandalizing of mosques and Christian churches. France’s FLNC terrorists have carried out rocket attacks against police stations in two French cities in advocating independence for the island of Corsica. The Frente de Liberación Nacional de Córcega (National Liberation Front of Corsica ) carried out bombings, aggravated assault, armed bank robberies and extortion through what the group called revolutionary taxes. Their assaults were mostly aimed at public buildings, banks, tourist infrastructure, military buildings and other symbols of French control and not against people. The majority of their attacks took place in or around the cities of Nice, Marseille, and Avignon. In 2014, the militant group announced it would cease its armed struggle.

In Greece, the left-wing Militant Popular Revolutionary Forces shot and killed two members of the right-wing political party Golden Dawn. The left-wing group claimed responsibility for the killings of 22-year-old Manolis Kapelonis and 26-year-old Giorgos Fountoulis, in a “political execution.” The group said that the killings were just the start of the group’s campaign against Golden Dawn and its members.

In Italy, the anarchist group FAI, Federazione Anarchica Informale (Informal Anarchist Federation) sent a bomb to a journalist in one of its terror attacks. The group has been described by Italian intelligence sources as an anarchist terrorist group with a belief in revolutionary armed action.

One of the worst terror attacks ever in Europe occurred in 2011 in Norway, when Anders Breivik murdered 77 people, many of them students. His manifesto stated his anti-Muslim, anti-immigrant, and pro-Christian Europe agenda.

Buddhist terrorists have attacked Muslim civilians in Myanmar. In Sri Lanka, some Buddhists went on a violent rampage burning down Muslim homes and businesses and killing Muslims. Have you heard of these incidents? If Muslims had committed them the media would have had experts analyzing the events for weeks.

Robert Lewis Dear drew national attention after he attacked the Colorado Springs Planned Parenthood facility and killed three people, including a policeman.  Attacks like his occur at one out of every five reproductive health-care facilities. Has the media referred to Anders Breivik or Robert Dear as “Christian terrorists?” Of course not. This was not Muslim terrorism so it did not fit the agenda of the corporations sponsoring the media. That’s the same reason the media doesn’t have experts discussing stories about the thirty people every day killed by gun violence or the three women killed each day by domestic violence. But the media has experts discussing how to stop Muslims from killing any more Americans.

Not all terrorists are Muslims. In fact, Muslims actually comprise a very small percent of those that are terrorists.  We certainly do need to be aware of the dangers posed by Islamic radicals. In 2013, five people were killed by toddlers accidentally firing a gun. Perhaps we also need to beware of toddlers.