(Some of the following courtesy of Griselda Nevarez) 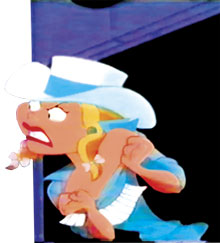 In the face of much frenzied bloviating in some political quarters in the United States about the apocalyptic future the country faces unless it can stem the “tidal wave of Mexican immigrants” into the country, the Pew Research Center recently reported that more Mexicans and their children—some who are Mexican- American—have left the U.S. than have migrated here during most of the administration of President Barack Obama.

Pew’s researchers, using data from U.S. and Mexican government sources, found that 140,000 more Mexicans returned to Mexico than came into the U.S. between 2009 to 2014. About 900,000 Mexican immigrants returned to Mexico from the U.S. between 2009 and 2014, many taking about 100,000 U.S.-born children under age five with them. Because they are born to parents of Mexican nationals, Mexico considers Mexican-American children also Mexican nationals, so they were included in the overall total. In that same period, an estimated 870,000 Mexican immigrants left Mexico to come to the U.S. In addition, the same data sources from Mexico and the U.S. showed that the overall flow of Mexicans between the two countries is the smallest it has been since the 1990s.

Ana Gonzalez-Barrera, Pew researcher and author of the report, said these findings are not surprising given that the Mexican-born population in the U.S. has been declining since it peaked at 12.6 million in 2007. What is significant is that there hadn’t been any evidence to show that the net flow from Mexico to the U.S. was negative until now.

The Pew Report points to several reasons that could explain the reduction of Mexican immigrants coming to the U.S. in recent years, including the slow recovery of the U.S. economy following the Great (G.W. Bush) Recession, which lasted from late 2007 through mid 2009. Another reason could be stricter enforcement of U.S. immigration laws, particularly at the U.S.-Mexico border. The report also noted that increased enforcement in the U.S. has led to a rise in the number of Mexicans who’ve been deported since 2005.

President Obama had been the target of protests last year and earlier for his administration’s record deportation numbers, which were totaling more than 300,000 a year. Immigration activists and Latino groups had dubbed him “Deporter-in-Chief” for the high deportation rate. But the administration also enacted the Deferred Action for Childhood Arrivals program to shield from deportation some 700,000 young immigrants here illegally and has tried to shield millions more. The latest effort has been blocked in the courts by Republican governors.

The Democratic presidential candidates largely agree on immigration policy. They support immigration reform with a path to citizenship and agree with Obama’s recent executive actions to protect millions of undocumented immigrants from deportation. A 2012 Pew Report found the net migration from Mexico to the U.S. had reached zero.

Yet, even given these facts, the hysteria goes on. A huge wall must be constructed, and of course Mexico will pay for it! Estimates for its cost run well into tens of billions of dollars. But why build one if the rate of influx is now zero? Reminds us of the old adage popular during the Vietnam War: What if theygave a war and nobody came? Or in this case, What if they built a super-expensive wall and nobody cared to even come near it?