Taking a Stand in the Moment 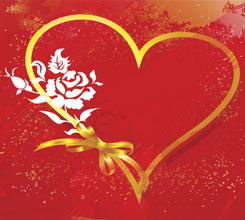 Walking is a primary way to re-member ourselves, to yoke ourselves with God. The Sanskrit word yoga means yoke. Imagine this: you and God are both yoked together, God on one side and you on the other, and together you are pulling the wagon of your life.

When we walk well, every moment becomes a blessing, every gesture a blessing, every step a blessing, and even every thought a blessing. Out of all that blessing, we begin again to feel the bliss that we were born with. Wordsworth writes that we come forth into the world “trailing clouds of glory.” Nhat Hanhl, the Vietnamese Buddhist, says “The infant Buddha is often portrayed taking his first seven steps on earth, causing a lotus flower to appear in each of his footsteps. We should all cause a lotus flower to bloom with each of our peaceful steps.”

Several years ago I attended, with a wonderful niece named Libby, a workshop in Denver, on “Living Regally.” That evening we practiced walking as if we were kings and queens, filled with majestic thoughts, and dignity, and honor, and genuine nobility. (A few days after that, in a local metaphysical store I stumbled upon a little card that quoted a Norwegian proverb: “In every woman there is a Queen. Speak to the Queen and the Queen will answer.”

Nhat Hanh suggests this: “Slow down and concentrate on your steps. Be aware of each move. Walk straight ahead with dignity, calm and comfort. Consciously make an imprint on the ground as you step. Walk as the Buddha would. Place your foot on the surface of the earth the way an emperor would place his seal on a royal decree.”

Most of us, however, are rarely mindful. Instead, we are filled with worries and sorrows and concerns and preoccupations and so on, and so it is perhaps useful to introduce some helpful techniques.

I have also used mantras many times while walking, when not at all exhausted. For example, the ancient Om…mane...padme hum…, which translated means something like “flower of the lotus, blossom in me.” I will take four steps chanting either silently or softly, “Om,” and then take one step for each of the following four syllables, “ma”  “ne”  “pad”  “me”  and then take four steps to the final syllable “hum”. I do this over and over, dozens, hundreds of times, until I have lost all sense of counting and even lost sense of the mantra itself because something has happened inside of me.

I also go on “blessing walks” where I bless whoever comes into my mind, and I gently hold that person in consciousness for a few minutes. Sometimes a strange thing happens: I begin to feel that I look like that person.

For me, methods that force the mind to “stop thinking” or to do this or that, are not at all useful to me, but walking somehow allows activity to be occurring, and awareness, and frequently consciousness without thought. Walking done well reduces the level of brain activity. We might say there is no “intellectual content” in walking itself. Each step can be a mantra. Indeed, brain activity and intellectual content can remove us completely from even the fact that we are walking.

In A Song of the Rolling Earth, Walt Whitman writes: “A song of the rolling earth, and of words according,/ Were you thinking that those were the words, those upright lines? Those curves, angles, dots?/ No, those are not the words, the substantial words are in the ground and sea,/ They are in the air, they are in you.”