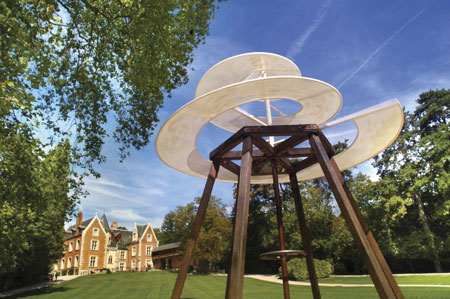 Château du Clos Lucé.   If you thought that Leonardo da Vinci is buried in his native Italy, or that his famous Mona Lisa arrived at the Louvre as a spoil of war, you’d be wrong on both counts.

It was the artist himself who, in 1516, brought his paintings Mona Lisa, Virgin and Child with Saint Anne, and St. John the Baptist with him to France.

The Château du Clos Lucé, where he lived until his death three years later, is now  a museum that displays over forty models of his machines.

The king of France bought the now-famous paintings from Leonardo’s estate, and the Mona Lisa hung in the royal palaces at Fontainebleau and Versailles before it was moved to the Louvre after the French Revolution.

That these paintings today sit in The Louvre is remarkable, because Leonardo almost never made it to France.

While Da Vinci had long-standing invitations from French kings to move to France, he accepted only when his patron Giuliano de Medici died in 1516.

Although paralysis in one arm had rendered da Vinci unable to paint, King Francis I welcomed him warmly and installed him in the Chateau Clos Lucé, adjacent to the king’s own Château d’Amboise.

Their friendship was so close that Leonardo’s chateau was connected to the king’s by an underground passage.

He also brought with him his mechanical lion, which was able to walk a few steps and open its chest to present the king with a cluster of lilies.

Legend has it that a 67-year-old Leonardo died in King Francis’s arms.

Château Chenonceau.  This Loire Valley château has an incredible history marked by historical notables, a long succession of owners, and ongoing threat of destruction by revolution and war.

The best -known of the Loire valley châteaux, the current version was completed in 1522, and is an architectural mix of Gothic and Renaissance.

Henry II gave it to his mistress, Diane de Poitiers, after seizing the property for unpaid debts in 1535.

It was Diane who commissioned construction of the signature bridge which joins the château to the opposite river bank.

She also ordered the planting of gardens laid out in four triangles.

Henry II’s widow and regent Catherine de Medici appropriated the chateau as  her residence upon her husband’s death.

She added a new series of gardens, and enclosed and dedicated the river bridge as a gallery.

Upon Catherine’s death, the château, again encumbered by debt,  passed to her daughter-in-law Louise, wife of King Henry III.

The Bourbons, however, used Chenonceau only as a hunting lodge until the Duke of Bourbon sold the castle’s contents in 1720.  Much of its collection can still be seen today at Versailles.

In 1733, the estate was bought by a wealthy squire whose wife, Louise, hosted literary salons which attracted notables including Voltaire and Montesquieu.

Jean-Jacques Rousseau, for a time the owner’s secretary and his son’s tutor, wrote part of his book Émil at Chenonceau.

The widowed Louise saved the château from destruction by convincing the French Revolutionary Guard that “it was essential to travel and commerce, being the only bridge across the river for many miles.”

In 1864, heiress Marguerite Pelouze acquired the château and commissioned its complete restoration.

The cost of the renovation drove her into debt, and the château was bought by a Cuban millionaire who sold it in 1913 to renowned chocolatier Henri Menier.

During World War I, the chateau’s bridge gallery was used as a hospital ward.

Bombed by the Germans in 1940, it later served as an escape route across the river from Nazi-occupied France to Vichy France.

The original windows in its chapel were destroyed by Allied bombing in 1944.

The Menier family restored the chateau in 1951, and owns it to this day. 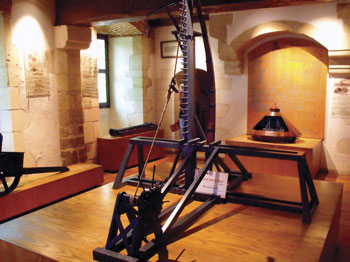 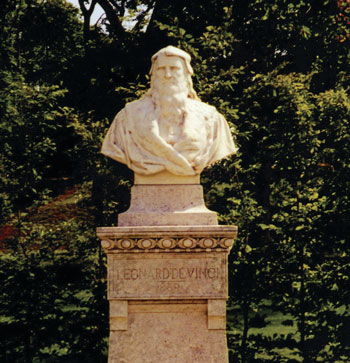 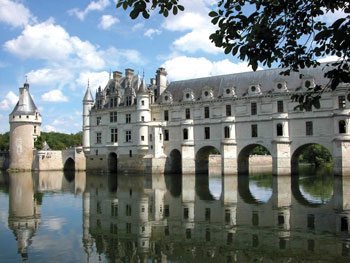 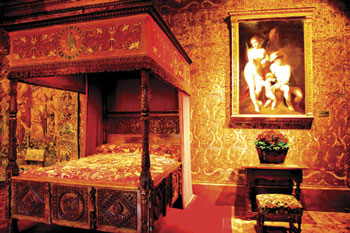 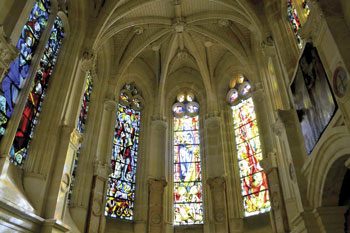