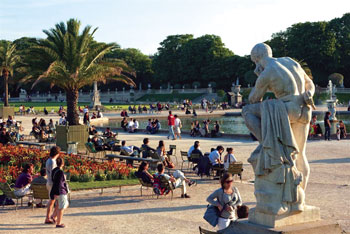 There is something in most city dwellers which demands occasional respite from urban life, as if something in our genes reminds us that we are all descended from hunter-gatherers and farmers, and that cities are not our natural habitat.

The Jardin du Luxembourg – the Luxembourg Garden – is where Parisians turn for such a respite.  It’s a serenely pastoral urban space, and a national treasure that’s among the world’s finest urban parks.

A cross between a botanical garden, a sculpture and art gallery, and a venue for performing arts and cultural events, the Garden always has plenty going on.

Now over 400 years old, it was created by Queen Marie de Medici to showcase her adjoining Luxembourg Palace, and both were designed to evoke the atmosphere of the Pitti Palace in the queen’s native Florence.

Today the French Senate meets in the former palace, and the 60-acre park is the property of the people of Paris, as it has been since the French Revolution.

Perhaps, then, it’s no surprise that there’s an egalitarian feel to this place.

It’s a destination for young and old, for the well-to-do and the rest, and for singles and couples and families.

All sit side-by-side on park chairs and benches along gravel paths that pass among manicured lawns, tree-lined promenades, elegant flowerbeds, and stunning fountains.

There are also walkers, joggers, and plenty of people just reading newspapers or books in the great outdoors.

The centerpiece basin runs along a line from the Palace to the Paris Observatory, which lies a mile away beyond the park boundaries.

The basin ends in the spectacular Observatory Fountain, the collaborative work of four different artists.

On a Sunday afternoon, children float miniature sailboats in the Garden’s centerpiece basin.

The foliage screens out the city, and the garden is a tranquil place in which everyone seems to respect everyone else’s space.

The Garden’s boundaries have grown and shrunk over four centuries, and it fell into disrepair in the years leading up to the French Revolution.

It was not until the last half of the 1800’s that it was fully restored and expanded to its present footprint.

Later additions include a new and more formal garden à la française, and a pond and statuary at the famous Medici Fountain.

A diagonal alley from the Fountain reveals a view of the Pantheon, located less than mile to the east.

Late in the nineteenth century, the park became the home to a large population of statues that include the queens and other famous women of France.

Other sculptures are monuments to French writers and artists, and there’s also a small-scale replica of the Statue of Liberty.

In the southwest corner of the Garden is an orchard of apple and pear trees, and a large fenced-in playground for young children.

Nearby is the théâtre des marionnettes – the puppet theater- and a vintage carousel.

Art, photography and sculptures are displayed in the park’s Orangerie.

…or instead sit over coffee or an aperitif facing the Boulevard Saint-Michel sidewalk at the Cafe Le Luxembourg, just outside the park.

Next up for 10 Days In Paris are highlights from select museums. 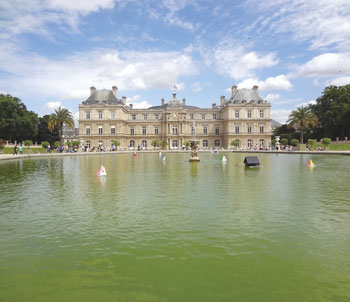 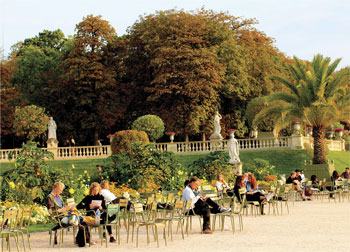 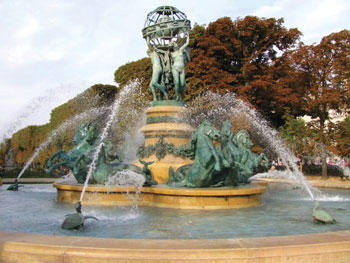 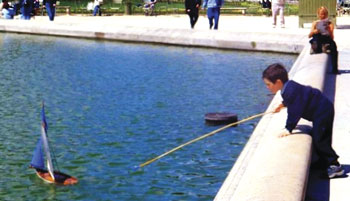 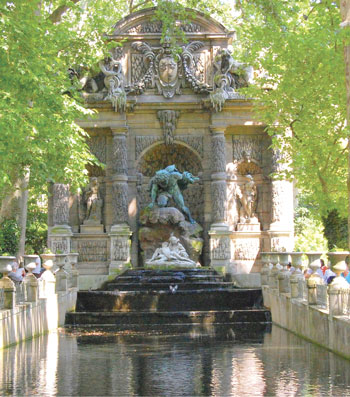 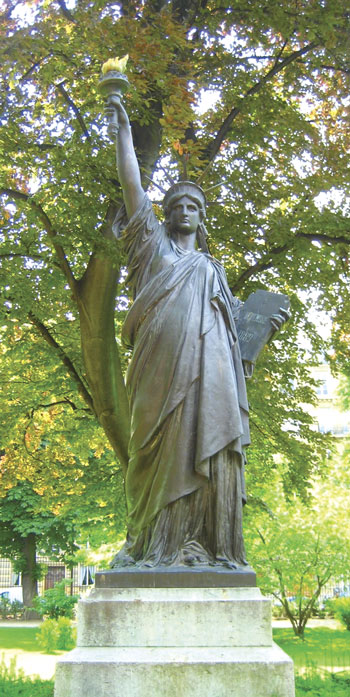