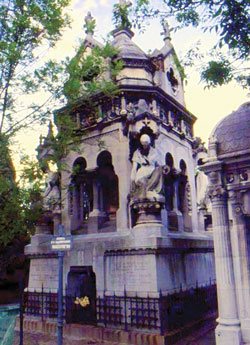 Covering more than 100 acres, Père Lachaise Cemetery is the largest within the city limits of Paris, and indisputably the city’s most famous.

It takes its name from King Louis XIV’s confessor, Père François de la Chaise, who lived in a house on the site.

The cemetery was established by Napoleon in 1804 with the declaration that “Every citizen has the right to be buried regardless of race or religion”.

Notwithstanding Napoleon’s pronouncement, the cemetery was at first considered too far from the city to attract many burials.

Not until the remains of poet Jean de La Fontaine, Molière, and those of fabled lovers Abélard and Héloïse were transferred to the cemetery did the population begin clamoring for burial among the famous.

Among the notables who have since been interred there are French novelists Honore de Balzac and Marcel Proust, and American authors Richard Wright and Gertrude Stein.  (The name of Stein’s partner Alice B. Toklas is etched on the reverse side of Stein’s gravestone.)

Until Jim Morrison was buried in Père Lachaise in 1971, Oscar Wilde was arguably the cemetery’s reigning pop star.

It was once the custom for Wilde’s admirers to kiss the monument while wearing red lipstick, but the damaging effects of the practice have required that the memorial be encased in glass.

So are those of actors and actresses Sarah Bernhardt, Isadora Duncan, Yves Montand, and Simone Signoret.  (Montand and Signoret are buried together.)

The Rothchilds also have a family vault here.

Including the ashes of those cremated and the remains in the ossuary, the number of those who have been interred here is estimated to run as high as 3 million.

The cemetery is still accepting new burials from among those who either died in Paris or who have previously lived there, but so few vacant plots remain go that today there is a waiting list.

Plots are now typically leased for 10 to 30 years, and abandoned remains from unrenewed leases are removed to make space made for new graves.  Those exhumed are boxed, tagged and moved to the cemetery’s ossuary.

Graveside monuments run from the mundane to the extravagant, and styles range from classic to contemporary.  The best among these make of Père Lachaise a giant sculpture museum.

An eerie sculpture on the grave of Belgian poet Georges Rodenbach is positively unnerving.

In addition to the gravesites of notable individuals, there are some stirring monuments to victims of genocide and mass murder.

The Communards’ Wall marks the site where the last of the insurgents was executed in 1871 during the “Bloody Week” in which the Paris Commune was crushed.

Among the Holocaust memorials here are those dedicated to victims of Auschwitz, Bergen-Belsen, and Dachau.

Père Lachaise cemetery is located on Boulevard de Ménilmontant and served by the Metro:  Philippe Auguste on Line 2 is near the main entrance), Père Lachaise, on Lines 2 and 3, is near a side entrance, and Line 3 Gambetta station on line 3, affords entry near the tomb of Oscar Wilde with  downhill walk through the rest of the cemetery. 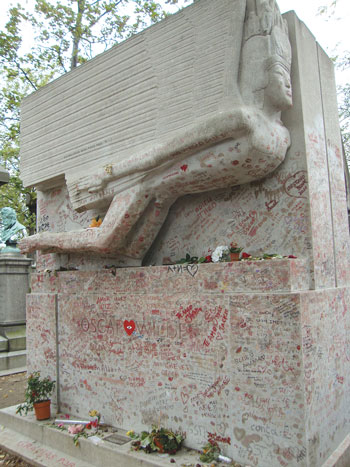 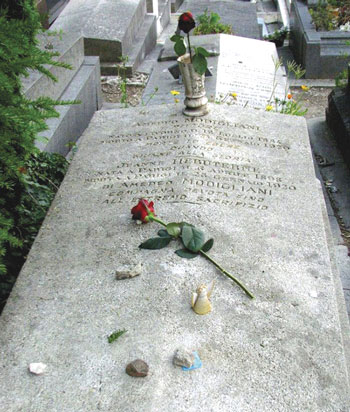 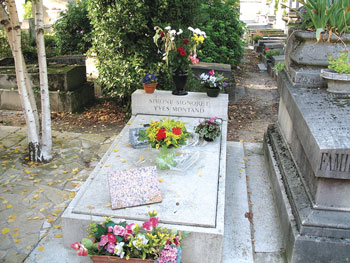 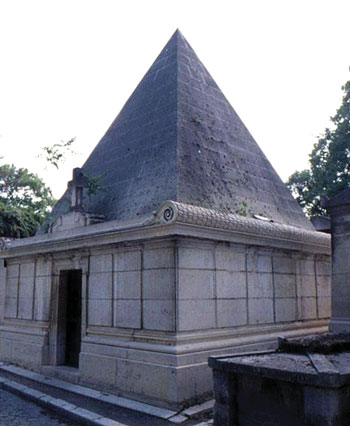 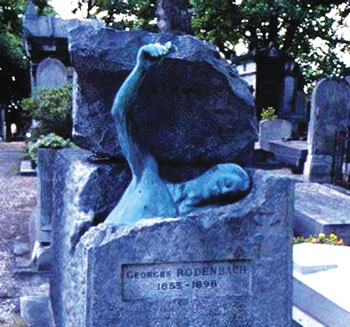 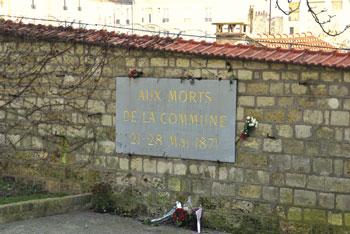 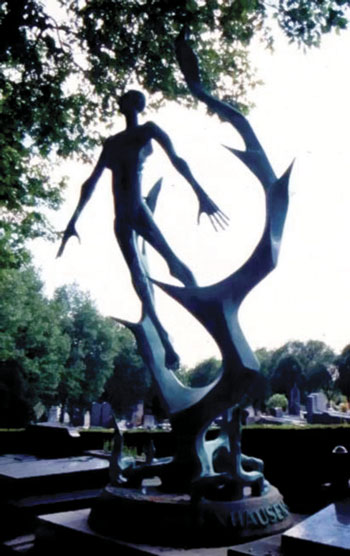